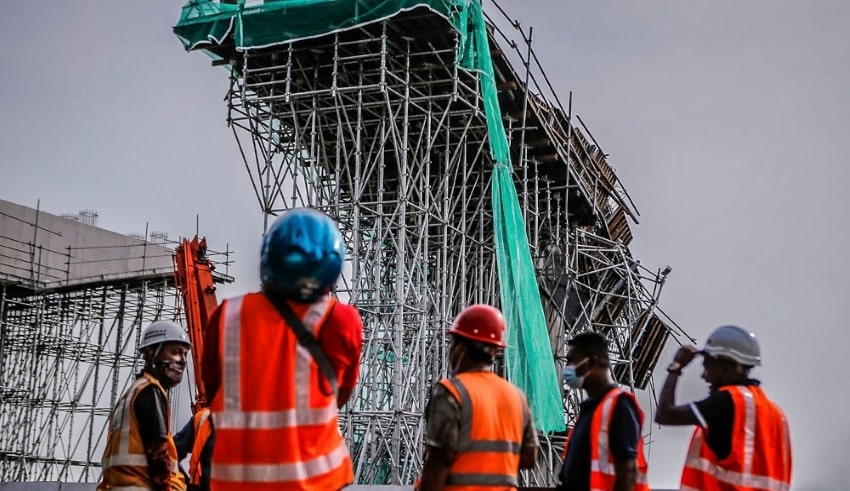 Prasarana Malaysia Berhad has told the LRT Shah Alam’s (formerly known as LRT3) contractor to conduct a thorough investigation on the incident that occurred on its construction site involving the collapse of an iron scaffolding Bandar Bukit Tinggi.

The owner of the LRT project has given instruction to its turnkey contractor MRCB George Kent Sdn Bhd to give a detailed report on the incidents as well as the necessary mitigation measures needed to be taken to prevent the incident from happening in the future.

In a statement, it said that they give priority to safety and added that attention and total commitment from all the parties involved are necessary towards making sure that overall worksite safety is achieved, and that includes being compliant to the safety regulations at all times.

It said that Prasarana will conduct its independent investigation on the incident and will take the appropriate measures on the matter which also involves giving its full cooperation to the authorities.

According to Prasarana, it is yet to be determined as to what caused the incident and has also expressed its regret at the death of a Bangladeshi worker and also to the four injured workers due to the accident.

It added that they sent condolences to the family of the deceased worker and are praying for the fast recovery of those injured and promised that they will prioritize the well-being of their families.

The incident involving the collapse of iron scaffolding at the LRT3 construction site in Klang led to the death of a construction worker after being trapped underneath the rubble.

The contractor of the project has called this an accident and issued a stop-work order while pending an investigation to determine the cause of the incident. It apologized to the victims and the public for the incident.