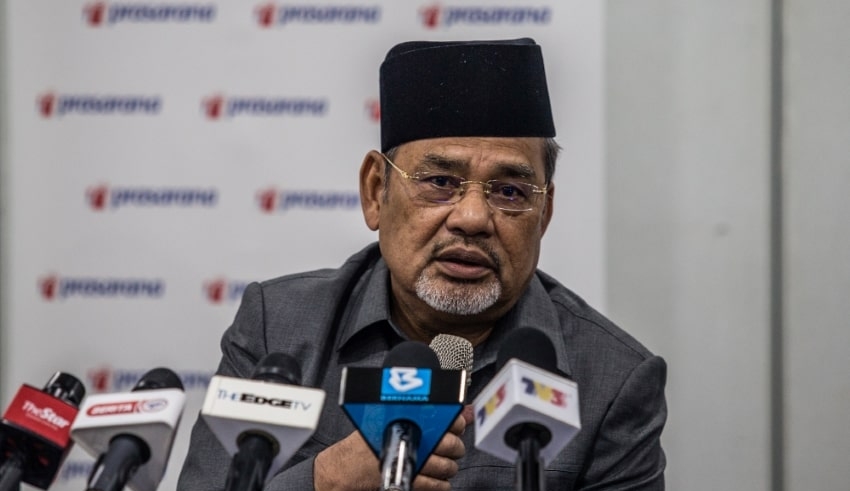 An online petition calling for his sacking at that time had garnered over 100,000 signatures and was declared victorious after he was subsequently sacked from the company by the Finance Minister himself
(C) malaymail

Recently sacked former non-executive chairman of Prasarana Malaysia Berhad, Datuk Seri Tajuddin Abdul Rahman is considering taking  legal action against his critics, who he has accused of painting him badly and tarnishing his reputation, following remarks he made after a two-train collision last month.

An online petition calling for his sacking at that time had garnered over 100,000 signatures and was declared victorious after he was subsequently sacked from the company by the Finance Minister himself, Datuk Seri Tengku Zafrul Tengku Abdul Aziz.

This public campaign called for his sacking from the government-linked company (GLC) was also launched, after his disastrous handling of a press conference on May 27 to address the collision on the LRT Kelana Jaya line at KLCC that injured over 200 passengers, including six in critical condition.

It was reported that news of Tajuddin and the incident in news portals had tarnished his image, painting him as a leader who was insensitive towards the plight of the victims of the accident.

He said that the reports purportedly did not take into account the entire true situation as there were things untold prior to the trending video and was more controversial in nature as if with a concerted agenda to sully his image.

“I have been humiliated all over Malaysia as an unqualified, insensitive, racist figure, who does not follow standard operating procedures (SOPs) to the extent where some were willing to petition for (my) resignation.

“Everything was criticism in nature and some even took advantage by reporting to the police. It’s not fair to me, one day I will identify who is really (criticising) and take action according to the law,” he was quoted saying after handing out aid at Chenderong Balai, today.

He mentioned that at the beginning of the press conference following the crash, he had already expressed his sadness and disappointment over the incident, adding also to the fact that Prasarana too had held immediate discussions to help the victims involved by footing hospital treatment bills and providing special aid to those who had lost their income owing to the incident.