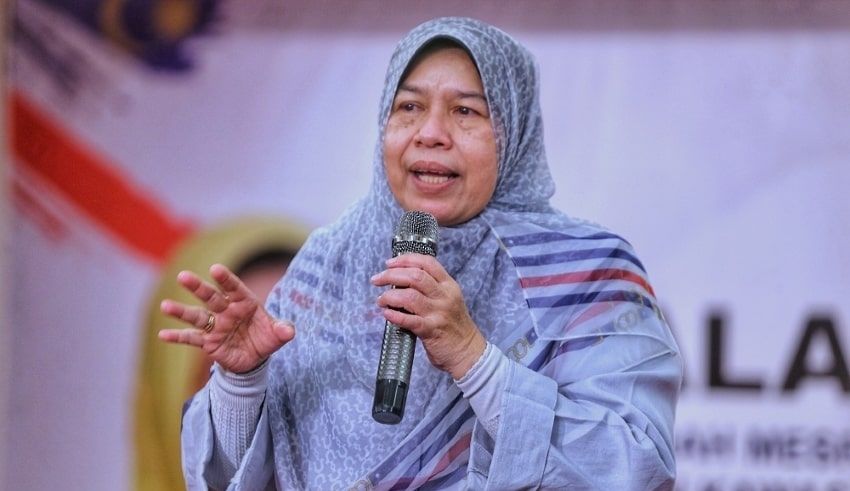 Meanwhile, when asked to give her thoughts on the statement from Istana Negara reprimanding Takiyuddin, she said that she was disappointed with how the monarchs dealt with it and said that it could have been done in a private set up.

She said that it is a constitutional monarchy wherein before you can do anything, you must first obtain advice from both the Cabinet and the prime minister.

Zuraida Kamaruddin has expressed that she was a bit upset saying that if there is anything that was unclear, the palace should have called for the prime minister, adding that the prime minister has been briefing the King on the matter.

In the Parliamentary meeting held last week, Takiyuddin has announced that the Cabinet had revoked all the Emergency Ordinances on July 21 which resulted in a commotion on the lower house.

Istana Negara then issued a statement from Yang di-Pertuan Agong Al-Sultan Abdullah Ri’ayatuddin Al-Mustafa Billah Shah after three days, saying that there was no royal assent given to revoke the ordinances which is required by the Constitution.

The Parliamentary meeting was forced to adjourn after Opposition Leader Datuk Seri Anwar Ibrahim has read the statement.

After a while, the Prime Minister’s Office (PMO) has released a statement which indicates that both Prime Minister Tan Sri Muhyiddin Yassin and de facto Law Minister Datuk Seri Takiyuddin Hassan had acted in accordance to all the due processes under the Federal Constitution when announcing that the EOs have been revoked.

The statement also said that Muhyiddin had written a letter to His Majesty on July 23 on the revocation of the EOs, and again in an audience on July 27.

It pointed to Articles 40(1) and 40(1A) of the Constitution stating that the Agong, while exercising his constitutional functions or functions under federal law, is to accept and act in accordance with the Cabinet’s advice or the advice of a minister acting under the general authority of Cabinet, except otherwise provided by the Federal Constitution. According to the PMO, the Agong had called for both Takiyuddin and Attorney General Tan Sri Idrus Harun asking them for a detailed explanation on the Cabinet’s advice to revoke all the EOs and added that on July 26 that the EOs were laid in the Dewan Rakyat as stipulated in Article 150(3) of the Federal Constitution.