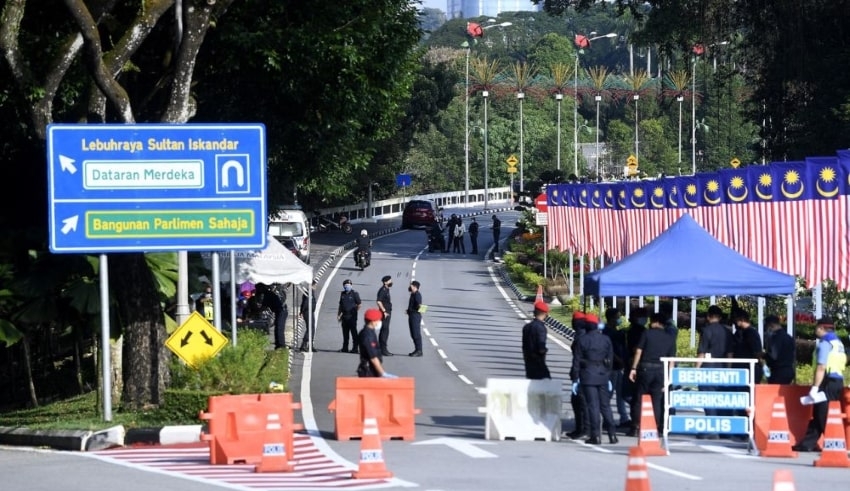 Opposition federal lawmakers gathered at the Merdeka Square this morning in a symbolic protest against the authorities’ move to shut and adjourn the special Parliament sitting amid mounting pressure for Prime Minister Tan Sri Muhyiddin Yassin to resign.

Today’s protest, attended by all Opposition MPs, including those not from the major political bloc Pakatan Harapan, comes as top leaders of the Perikatan Nasional administration face growing calls to step down.

Muhyididin’s government was admonished by the palace last Thursday in a rare royal rebuke that took aim at de facto Law Minister Datuk Seri Takiyuddin Hassan, who was accused of lying and revoking six ordinances enacted under the Emergency without the Agong’s assent.

At the time of writing, the MPs are planning to march towards the Parliament gates.

“The decision to postpone the special sitting is uncalled for,” Opposition Leader and Port Dickson MP Datuk Seri Anwar Ibrahim said as he addressed the gathering and press members.

Yesterday, Health director-general Tan Sri Dr Noor Hisham Abdullah called for the last day of the special sitting to address the Covid-19 crisis to be postponed for two weeks beginning July 29, when the fourth day of proceedings took place.

He said the call had to be made based on an assessment that pointed to Parliament as a high-risk premise for a new “super spreader” cluster, after close to a dozen staff had tested positive during last week’s abrupt mass screening held right in the middle of proceedings.

The tests were also conducted just shortly after the palace issued a statement to rebuke Takiyuddin for failing to table and debate the revocation of all six ordinances enacted during the six-month Emergency period.

Opposition lawmakers claimed the tests and sitting adjournment was an attempt by the PN government to buy time amid public pressure for Muhyiddin to step down.

At today’s gathering, they repeated the call for the prime minister and his senior leaders to resign. The MPs then marched towards Parliament’s gates despite attempts by the authorities to block the protest.

Police had erected barricades on roads leading to the Parliament main entrance.

Attorney General Tan Sri Idrus Harun was also named in the statement that was critical of the duo.

The Yang di-Pertuan Agong said that he had yet to assent to the revocation and that the two had failed to convey his wish that the ordinances be tabled for debate before he would agree to withdraw them.

Some constitutional experts argued that the King must first agree to the revocation even if he is bound to act on the advice of the Cabinet.