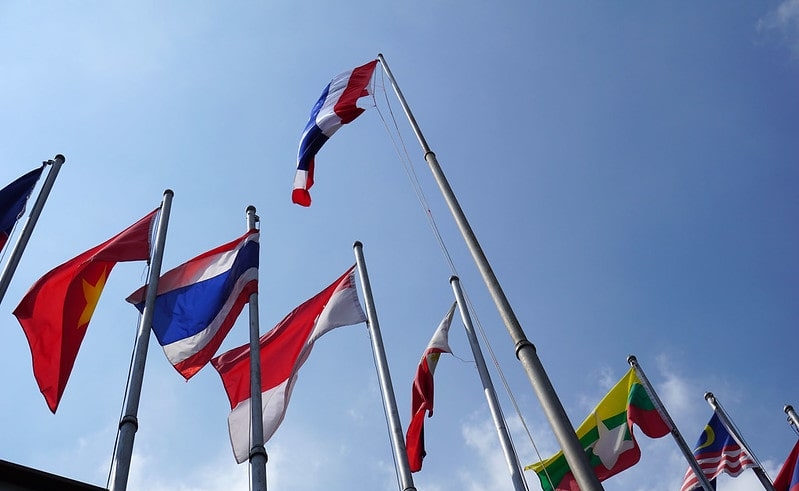 Foreign ministers from members of the Association of Southeast Asian Nations (ASEAN) are under pressure to appoint a special envoy to Myanmar this week after months of negotiations failed to find a consensus candidate.
(C) Flickr, Max Velllum

Foreign ministers from members of the Association of Southeast Asian Nations (ASEAN) are under pressure to appoint a special envoy to Myanmar this week after months of negotiations failed to find a consensus candidate.

Six months after the military toppled Myanmar’s democratically elected government, ASEAN foreign ministers meet on Monday when diplomats say they will aim to finalise a special envoy tasked with ending violence and promoting dialogue between the junta and its opponents.

Jokowi Increases the Public Health Security in the Nation

The United Nations, United States and China, among others, have identified the Southeast Asian bloc, whose 10 members include Myanmar, as best placed to spearhead diplomatic efforts to restore stability in Myanmar.

Myanmar has been racked by a deadly crackdown on protests, economic collapse and a refugee exodus since the coup. A surge in coronavirus infections has overwhelmed its health system, worsening the humanitarian crisis in the past month.

The search for a special envoy began in April, when ASEAN leaders produced a “five-point consensus” to tackle the turmoil in Myanmar. U.N. and U.S. officials havein recent weeks urged ASEAN to expedite the appointment of the special envoy.

The second minister for foreign affairs of Brunei, Erywan Yusof, said on Friday night he hoped a final decision would be made on Monday. Brunei is chair of ASEAN this year.

“Without the envoy leading the way, it is very difficult” to address the situation in Myanmar, he said.

ASEAN – whose members include democracies, one-party communist states and authoritarian governments – has been deeply divided on the envoy, and has discussed appointing more than one to break the deadlock. read more

Four regional diplomatic sources said Erywan was favoured to become envoy and be assisted by “advisers”. But a meeting of senior ASEAN officials on Thursday failed to reach agreement, they said.

As well as the nine other ASEAN members, Myanmar’s military regime will have to approve the appointment, they said.

The country’s military ruler, Min Aung Hlaing, said in a speech on Sunday that Myanmar had favoured Thailand’s former deputy foreign minister Virasakdi Futrakul as envoy, but “new proposals were released and we could not keep moving onwards”. “Myanmar is ready to work on ASEAN cooperation within the ASEAN framework, including dialogue with the ASEAN special envoy in Myanmar,” he said.