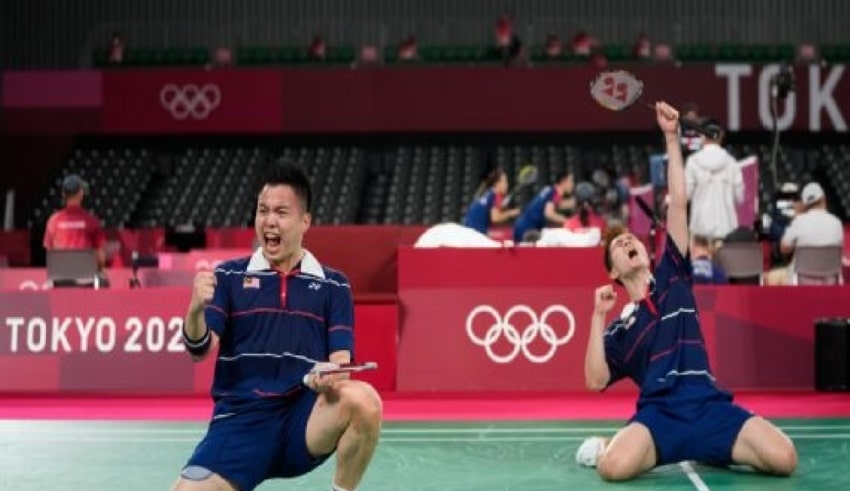 Men’s badminton doubles world leaders Marcus Fernaldi Gideon and Kevin Sanjaya Sukamuljo from Indonesia were taken out of the Olympics by Malaysian duo.

Gideon and Sukamuljo better known as the “Minions” due to their stature, lost 14-21, 17-21 to world number nine team Malaysia’s Aaron Chia and Soh Wooi Yik.

According to Soh, he cannot believe that they have won the game, especially at the Olympics and said that it was the best game he had in his life and career.

It was not too late for the Indonesian men’s doubles, however, with world number two team Mohammad Ahsan and Hendra Setiawan defeating Japan’s Takeshi Kamura and Keigo Sonoda 21-14, 16-21, 21-9 in a tight match.

Nozomi Okuhara which is their team mate and the women’s singles world number three – made quick work of Canada’s Michelle Li in a tidy 21-9, 21-7 match in the round of sixteen.

Okuhara, who admitted that she was a bit nervous has kept her focus and won and is next up to face He Bing Jiao of China.

According to her, considering that China usually focuses on the Olympic Games among all other countries, she must prepare well and think about her strategy.

Rio silver medalist and women’s singles world number seven PV Sindhu from India has defeated Denmark’s Mia Blichfeldt 21-15, 21-13 in a match that kept them both on their toes.

Sindhu said that his coach was obviously telling him he was playing in the wrong way as he was rushing his defense and after two, three points, he realize his wrong play and managed to change this. He added that he was satisfied with his second game since he maintained to be in the lead and was under control.