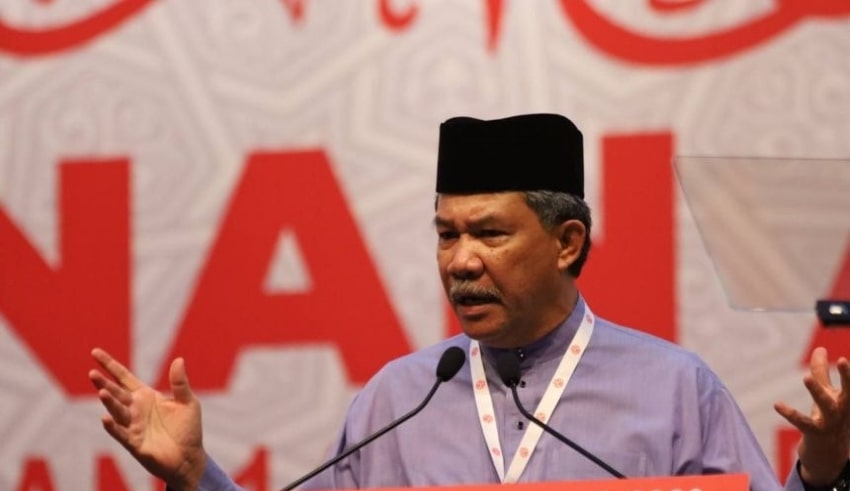 UMNO Youth chief Datuk Asyraf Wajdi Dusuki said that the reason behind his party withdrawing support from the Perikatan Nasional government is the failure of Prime Minister Tan Sri Muhyiddin Yassin’s administration to fulfill all six conditions that PN had promised before UMNO allied with PN.
(C) straitstimes.

UMNO Youth chief Datuk Asyraf Wajdi Dusuki said that the reason behind his party withdrawing support from the Perikatan Nasional government is the failure of Prime Minister Tan Sri Muhyiddin Yassin’s administration to fulfill all six conditions that PN had promised before UMNO allied with PN.

He asserted that among the six conditions that UMNO had set prior to joining forces with PN, only one has been fulfilled by far.

In a Facebook post, he wrote that on its Supreme Council meeting held on March 11, 2020, three guidelines and six conditions has been set for Muhyiddin to act on immediately as a condition for UMNO to support him and unfortunately, among all six, only one has been met.

The six conditions put in place are: to set up a Royal Commission Inquiry into Tabung Haji, immediately reopen the probe into firefighter Muhammad Adib Mohd Kassim’s death, reopen all criminal cases which were withdrawn during Pakatan Harapan’s time, stop policies allowing sale of the country’s strategic assets, stop a policy on reducing the number of civil servants in the workforce and to remove the Independent Police Complaints and Misconduct Commission (IPCMC) Bill.

Asyraf seems to be talking about the removal of the IPCMC Bill from the Standing Order during the last Parliament sitting, and which has since been replaced by the Independent Police Conduct Commission (IPCC) Bill 2020, to be the only condition fulfilled out of the six enumerated.

At the same time, Asyraf also mentioned that UMNO has already provided its stance on PN being registered as a political party in a meeting between all UMNO political bureaus and the prime minister back in June 2020.

He said that however, it has been dismissed and quietly on July 28, 2020, BERSATU (Parti Pribumi Bersatu Malaysia) had put in place the PN Party Sponsor Committee and lured Muafakat Nasional’s partner, PAS and also MIC (Barisan Nasional’s component party before it withdrew on August 27, 2020).

In addition to the six conditions, the UMNO supreme council had also provided two key guidelines which must be fulfilled by the PN government, which includes that the PN administration must meet the aspirations of the people and put in place an effective plan to address the Covid-19 pandemic.

Muhyiddin has then been called to step down from his position as the prime minister due to the turn of events. However, if he fails to do so, Asyraf said Muhyiddin’s position will be determined when the state of Emergency ends on August 1 and Parliament resumes.