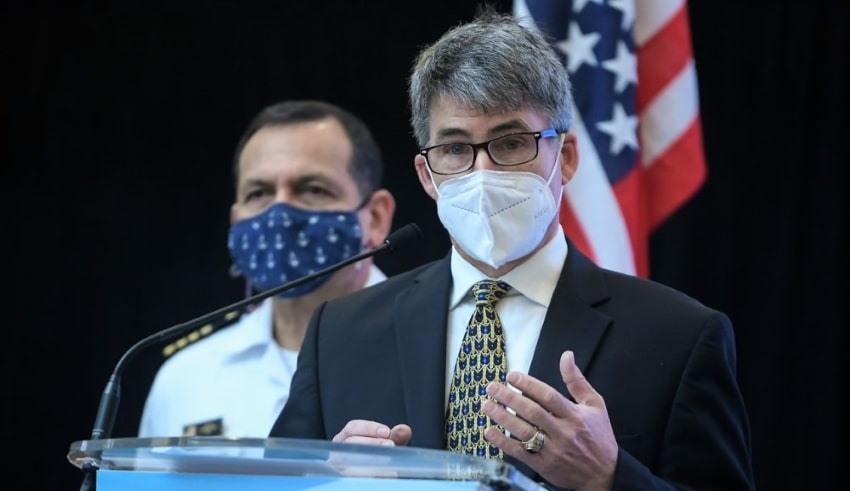 United States Ambassador Brian McFeeters says that US companies are still showing interest in investing to Penang and Malaysia but because of the country’s confusing regulatory climate, the companies have been discouraged to do so.
(C) MalayMail

United States Ambassador Brian McFeeters says that US companies are still showing interest in investing to Penang and Malaysia but because of the country’s confusing regulatory climate, the companies have been discouraged to do so.

He added that even before the Covid-19 pandemic brought about the health protocols, it has been the same case in Malaysia when it comes to its trade regulations and this gave rise to long-term US investors in the country becoming disheartened as the government regulations are unstable.

Opposition MPs call for an immediate moratorium on loans, a wage subsidy to save jobs in the new MCO of Malaysia

In a virtual press conference, he said that they find Malaysian regulations difficult to understand and added that the regulatory climate in the country causes anxiety.

Following McFeeter’s virtual meetings with US companies based in Penang and the state’s chief minister Chow Kon Yeow, the press conference has been called.

According to him, Malaysia has been recognized as a good investment destination such that the country’s highly educated workforce and generally English speaking population. However, some companies were turned off because of the instability of its regulations.

He added that there was uncertainty when it comes to the implementation of regulations for investors because of its unpredictability such that new regulations might suddenly emerge and that the way it was implemented were also confusing.

He pointed out that this predated Covid-19 and was not in reference to the additional regulations due to the pandemic.

He stressed that a consultation with a representative body is what’s necessary such that they would be able to make the companies informed as to what was needed and create a dialogue for them in order to prevent any more surprises with more stability.

It has also been asserted by McFreeter that there were consultation sessions between the American Malaysian Chamber of Commerce (Amcham), however, the sessions were not as productive as they have wanted them to be.

He said the industries would prefer these consultation sessions to be more systematic and accountable.

In regards to the interest of the American companies to invest in Malaysia, particularly in Penang, he said Penang has already a large number of US investors like Intel which is a long-standing investor for over 40 years.

He also mentioned that DexCom is having its first factory to be built in Penang next year is already checking out for a possible expansion site.

McFreeter added that there are some other potential American companies who are still showing interest into investing in Penang. On the impact of the Covid-19 pandemic and the strict SOPs imposed on the manufacturing industry, McFeeters said all American companies are fully committed to complying with the SOPs.