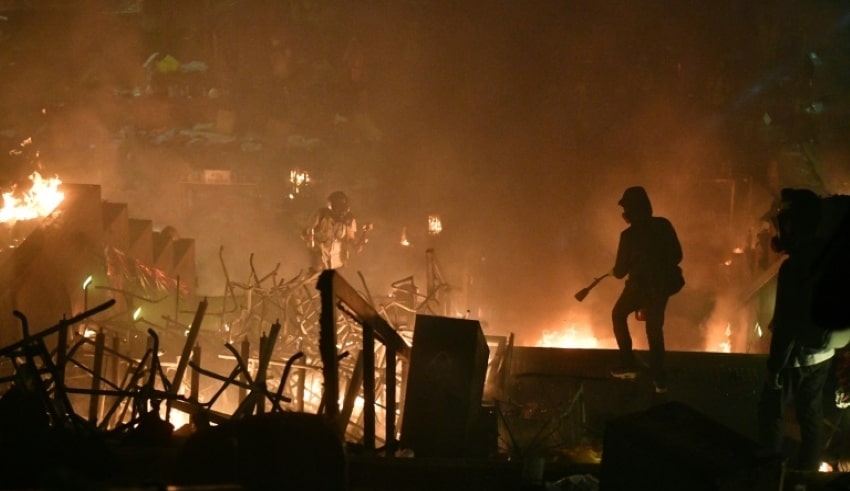 The Cannes film festival aims to have a documentary on the 2019 crackdown on Hong Kong’s pro-democracy movement on Friday get screened.
(C) bangkokpost

The Cannes film festival aims to have a documentary on the 2019 crackdown on Hong Kong’s pro-democracy movement on Friday get screened, although it also puts diplomatic tensions with China at risk.

Revolution of our Times which is a late entry to the Cannes film festival have been slotted. It chronicles the Hong Kong’s government violent suppression of protests which have been triggered by an extradition bill which authorizes the citizens of Hong Kong to be sent to China for prosecution.

According to director Kiwi Chow, this film is free from self-censorship. He added that among a lot of documentaries that revolved around the movement, filmmakers are under immense pressure due to the current political climate of the city, he went on and said that he made this film completely free from any external influences.

The Cannes leadership said that they have no knowledge regarding this film, not even the production’s conditions nor the identity of the filmmaker before it was sent to festival.

However, festival director Thierry Fremaux said that they have felt an immediate enthusiasm.

He said that the festival is proud to present this film to showcase a significant moment in the world events. He even said that this has been Cannes’ tradition and calling since 1946.

In 152 minutes, the documentary traversed into the protest movement which had no clear leader, from the inside.

Common citizen’s involvement was also prominent in the documentary, where a lot of young faces which had been either hidden by masks or blurred in the post-production have appeared.

Chow said that he wanted to account for the development which has brought up to this point. He further said that the story he wanted to tell was the story of Hong Kong to people who don’t know about Hong Kong.

The footages have shown Hong Kong’s police use of extreme brutality. There were also images showing severe beatings of demonstrators rounded up in police traps, people pushed out of windows and suspected drownings.

Chow expressed that in making the documentary, he felt anxiety and fear in his heart and even expected that this would not be able to be shown in public where police surveillance of potential protests has been strengthened.

He said that there were some of its protagonists — who could face prosecution under a new China-sponsored security law — are now in exile, some are in prison and others missing. Cannes has handled the film with unusual discretion, allowing only a handful of accredited reporters to see it before a single scheduled public screening headlined “surprise documentary” on Friday.