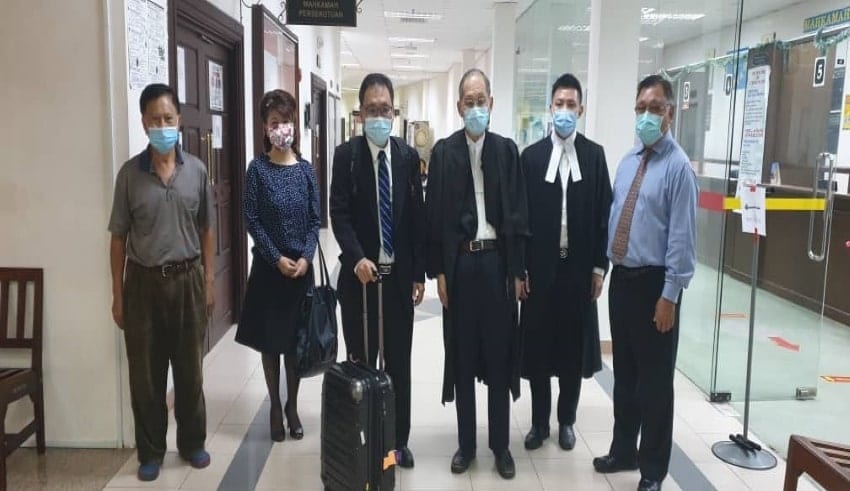 The evidence submitted by Sarawak DAP Chairman Chong Chieng Jen in his defense against a suit of defamation involving other two companies from the Sarawak government and State Financial Authority was rejected by the High Court.
(C) borneopost.

Yesterday, the evidence submitted by Sarawak DAP Chairman Chong Chieng Jen in his defense against a suit of defamation involving other two companies from the Sarawak government and State Financial Authority was rejected by the High Court.

The submitted evidence which involves the Titanium Management Sdn Bhd was instructed by Judicial Commissioner Alexander Siew How Wai to be taken off from the records of proceedings and from the testimony of witnesses.

A Call To Open Voting Centers for BPO Employees

To kick-start Sarawak’s economy, errant foreign workers will be legalized.

Tha Stampin MP was also not allowed by the court to submit evidence that is linked to 1st Silicon (Malaysia) Sdn Bhd’s management of fund.

Sarawak Government and State Financial Authority applied to revoke the submitted evidences from Chong for the reason that it is not connected to the suit.

Chong has conveyed his feelings of disappointment after hearing that the court rejected the evidence.

After the case proceedings, he said to the reporters that although he is disappointed with the court’s decision to not allow some evidences to be presented in court, he would not talk about whether the judge’s verdict is right or wrong because he feels that it is sub judice. Instead, he will determine what to do next.

At the same time, an application to dismiss the subpoena that is related to an officer of Cahya Mata Sarawak (CMS) was ruled by the court to be mentioned tomorrow.

The subpoena was understood to summon the officer to hand over his evidence for the case, however, he filed an application through his lawyer to set aside the subpoena that requires him to be a witness of the defendant.

The trial will continue today with Chong being cross-examined by the plaintiffs.

Pending assemblywoman Violet Yong and Tanjong Batu assemblyman Chiew Chiu Sing were present at the hearing yesterday to give support to the defendant.

Chong represented himself in court and is being assisted by Michael Kong, Sim Kiat Leng and Chong Siew Chiang. While the plaintiffs were represented by State Legal Counsel Dato Sri JC Fong and state legal officers Mohamad Adzrul Adzlan, Oliver Chua, and Voon Yan Sin. In January 2013, Chong used the term “black hole” to imply that the amount of RM11 billion disappeared from the state’s funds and is being sued for defamation because of that.