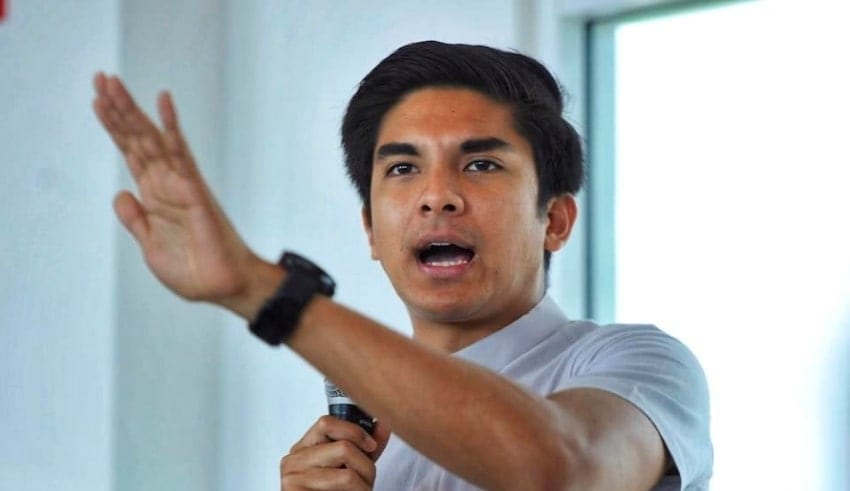 The Malaysia United Democratic Alliance or MUDA has said that the party is not interested in joining the cooperation between the PKR and the UMNO.
(C) yahoo

The Malaysia United Democratic Alliance or MUDA has said that the party is not interested in joining the cooperation between the PKR and the UMNO.

According to the MUDA president, Syed Saddiq Abdul Rahman, his party is better off staying in the Opposition bloc rather than cooperate and join efforts with politicians like the UMNO president Datuk Seri Ahmad Zahid Hamidi and former prime minister Datuk Seri Najib Razak who even until now is involved in several charges for graft and corruption.

MUDA leader pressing for Undi18 to commence by July

Najib is on trial, not Zeti, reminds Sri Ram

Syed said that he stands to remain and keep himself in the Opposition bloc. Although it is alright for him to support Anwar as he also agree with his reform policies, he would refuse if he would suddenly ask him to enter a political cooperation with Ahmad Zahid Hamidi and Najib (Abdul Razak) in the government.

“We have to fight kleptocracy, that is clear, and I will not compromise. That is why, when I reprimand Anwar over this issue, I will continue to do so, and there is nothing wrong with reprimanding him,” he said in a newspaper interview while pertaining to the PKR president Datuk Seri Anwar Ibrahim.

It has been said that Syed Saddiq’s remarks about this is the reason he continue on insisting that he would not be called as the “biggest hypocrite” while giving emphasis on his party’s firm resolution in advocating the reform agenda and improving the public’s socioeconomic lot despite having to be an independent party standing in the Opposition bloc.

He also mentioned how the public is fed up of politicians playing politics even during the course of the Covid-19 crisis while expectantly waiting to have a leader who is really paying attention to their needs and is unwavering enough to uphold the principle of checks and balances.

There was a controversial audio clip that went viral online earlier this month, in which the voices of the people speaking resembled that of Ahmad Zahid and Anwar.

The voice recording was first posted on Facebook where Ahmad Zahid’s speech at the recent 2020 Umno general assembly was mentioned. In his speech, he said that the party will refuse to make allies with Anwar, DAP and Parti Pribumi Bersatu Malaysia (Bersatu).

This was then followed by a second recording which is said to be a phone conversation where one of the voices that sounded like Anwar is commending the other over the speech he gave. Both Ahmad Zahid and Anwar have since called the audio recording as fake and slanderous.