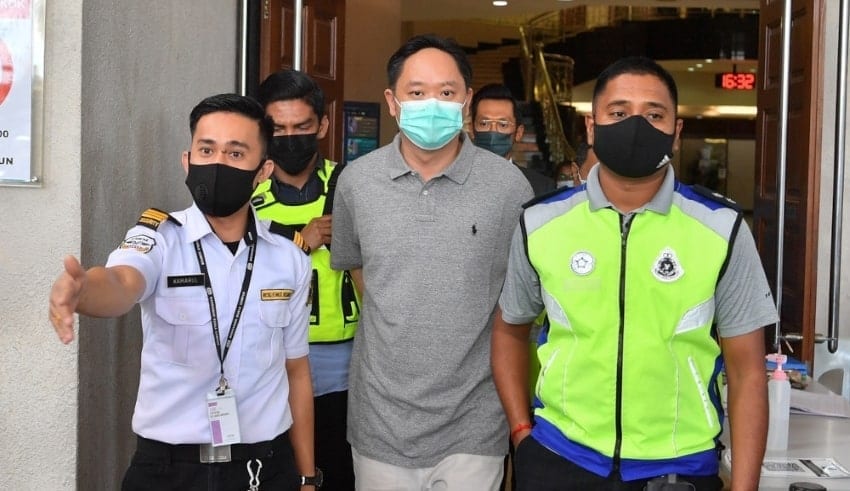 The bodyguards-assault case suspect was not handcuffed and was wearing his own clothing instead of the clothing provided by the police district when we was brought to the Jalan Duta Court
(C) malaymail.

The bodyguards-assault case suspect was not handcuffed and was wearing his own clothing instead of the clothing provided by the police district when we was brought to the Jalan Duta Court on Friday which has gotten the people thinking that the suspect was receiving special treatment, a claim which the police immediately denied.

The suspect was charged at Klang Magistrate’s Court on Thursday. He was facing various charges involving assault and threat of his bodyguards.

Rosmah Corruption Trial On Hold; It will Take Longer due to Extension of CMCO

Six sentenced to hang for the murder of Kevin Morais

ACP Mohamad Zainal Abdullah which is the Dang Wangi police chief stated that the man was not in the custody of the police as he was brought to Jalan Duta Court and was given a grant to bail even before he was transferred to the South Klang police district headquarters.

“For these reasons, police cannot arrest the suspect again and handcuff him for a similar offence just for the purpose of bringing him to the Kuala Lumpur Court.

“As such, there is no issue of the suspect receiving special treatment because the law has provided that no one is to be arrested on a similar offence as stipulated under Article 7(2) of the Federal Constitution,” Zainal said in a statement today.

As with the issue about the man not wearing the lockup attire, provided by the police, Mohamad Zainal responded that the Inspector-General of Police Standing Orders (Perintah Tetap Ketua Polis Negara A118) set of procedure was followed where it is stated that if a prisoner is to be brought to court, the prisoner should wear the clothes that he was wearing upon his arrest unless the clothes he was wearing was a part of the evidence. After the release of a viral article bearing the photo of the bodyguards-assault case suspect wearing plain clothes without handcuffs while being escorted by the police to the court, Mohamad Zainal called out to the public and said that the police is urging them to stop twisting the facts and manipulate the issue as it can cause misunderstanding and may sway the public into having false impression about the police which may impact the image and reputation the police upholds in the eyes of its community.