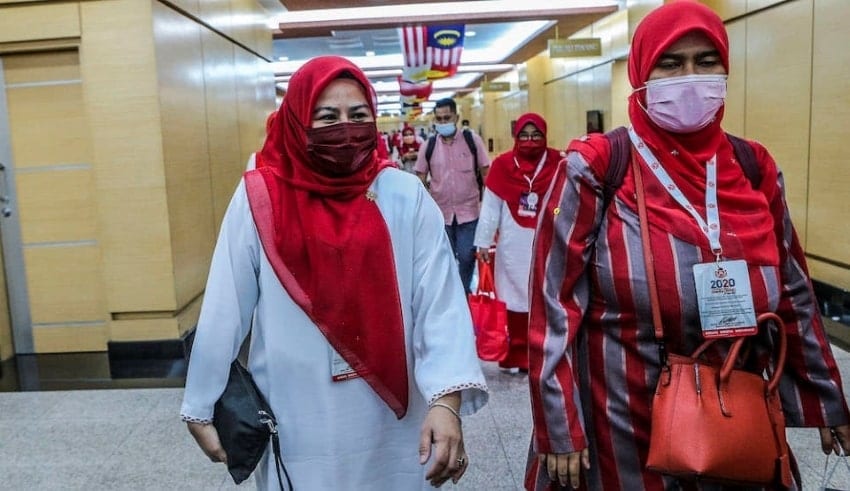 Noraini Ahmad asserted that the party president never issued invitations to DAP representatives to any programs organized by the party.
(C) Yahoo

UMNO Women Chief Datuk Seri Noraini Ahmad asserted that the party president never issued invitations to DAP representatives to any programs organized by the party. Noraini denied the allegation following the controversial WhatsApp conversation which was said to be a discussion among the members of the UMNO supreme council about the supposed directive.

Noraini has given a statement saying that the viral conversation is nothing but just a slanderous attempt against the party which aims to cause rift on the party’s reputation. She claims that there is no WhatsApp group and that it might be an intentional attempt in order to break the party apart.

Rela denies alleged automatic registration of volunteers in its database

Noraini said that the WhatsApp conversation seems to be about her extending an invitation to one of UMNO-organized program to Ong Kian Ming, the DAP’s Bangi MP.

She clarified that it was just pure coincidence that they have made a visit to the Vaccination Distribution Centre (PPV) at Universiti Kebangsaan Malaysia (UKM) on that day. She also said that the visit was also meant for her to meet with the MyVac volunteers who did not return to their hometowns for the Hari Raya celebrations and that’s at the same time that she ran into Ong there.

Noraini explained that before she left, Ong asked where she will be off to next and answered that she will be meeting with the UKM students near Sungai Merab who are sick. Ong then said that he would be coming along as the area is under his parliamentary constituency and that’s all to the story. She also called the allegations towards her and the UMNO president to be slanderous.

“The president asked everyone to invite DAP representatives to their programs. We have to prepare ourselves to accept DAP, because I think that is what’s best for now,” read an excerpt from the alleged WhatsApp conversation.

In his Facebook post, Zahid wrote that the “devils” behind this slanderous act are working hard to defame UMNO. He also wrote that the WhatsApp group is non-existent and that the report was also a vicious slander against the party.