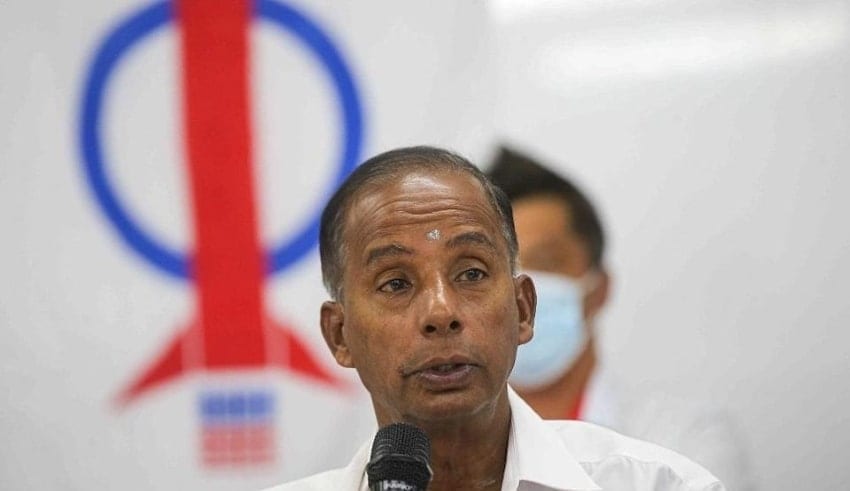 Minister M. Kulasegaran, the former minister for human resources has been calling the government to investigate several firms
(C) Yahoo

Minister M. Kulasegaran, the former minister for human resources has been calling the government to investigate several firms for procuring falsified employment data in efforts to acquire funding under the Penjana hiring incentive program.

The Penjana program is an economic recovery incentive under the Ministry of Human Resource, administered by Socso’s National Employment Services that aims to create employment opportunities for the people through the employers as well as to increase employment prospects.

Sri Ram to personally appear in court to go against Rosmah

The DAP MP for Ipoh Barat, Kulasegaran, said that there are some suspicious firms which exploits the hiring incentive program by acquiring the funding without actually hiring the individuals on the submitted list.

He claimed that these firms actually do so by maintaining list of names of individuals without employing them.This allegation from the minister has incited speculation against these firms for having accessed sensitive employment data from Socso. If this proves to be the truth,

Kulasegaran said that the government shall take actions against it and investigate to see if there is a violation of the Personal Data Protection Act 2010 (PDPA) committed. “The people also ought to know how this information is used,” he emphasized.

A state lawmaker from the same party as Kulasegaran had already filed several police reports calling for the authorities to conduct investigation for claims that some names of individuals have been registered as contributors at Socso despite not working there.

In the report submitted by Sabai state assemblyman Kamache Doray Rajoo, the name of a firm, Synergy Communication on Technology Sdn Bhd has been specified to be one of those firms which maintains the list of names as the company’s new hires.

Synergy Communications was claimed to be one of the companies to apply for the Penjana hiring incentives funding, but this information cannot be verified as of the moment.

Kulasegaran mentioned that these matters should raise concern about accountability and supervision of the taxpayer’s money and it is the government’s duty to be transparent about this. He added that in this situation, it was the fresh graduates along with the young individuals who have not worked before lose out the most while calling the attention of his successor Datuk Seri Saravanan Murugan to explain these malpractices that strip off these young individuals from training programs and deprive them away from employment.