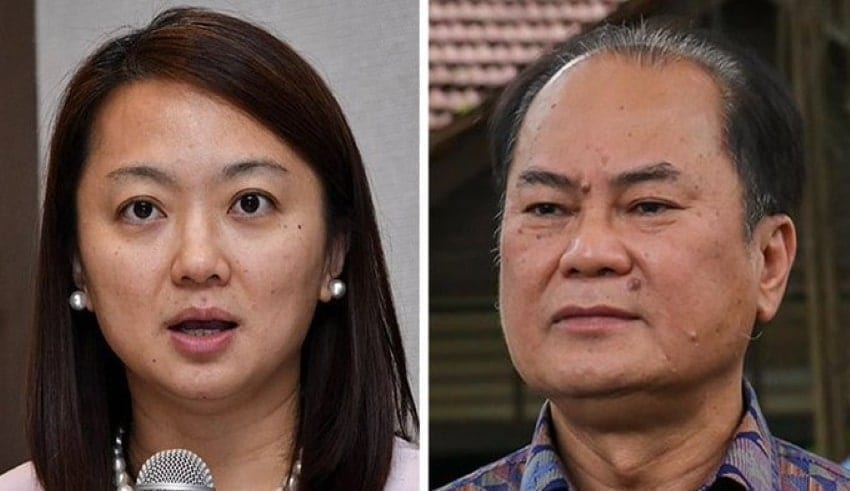 Hannah Yeoh has told off Ronnie Liu who is part of DAP’s central committee member, after his remarks on Chinese dilution in DAP, damaging DAP’s reputation.
(C) fmtoday

Segambut MP Hannah Yeoh has told off Ronnie Liu who is part of DAP’s central committee member, after his remarks on Chinese dilution in DAP, damaging DAP’s reputation.

Yeoh questioned Liu’s statement saying that DAP is for Malaysians while also stating that DAP cannot depict itself as a non-Chinese party.

Dr. Mahathir feels insulted on claims that DAP is controlling him

Expressing her disagreement with Liu’s statement, she said that Ronnie Liu doesn’t represent her and that the DAP which Liu wanted is not the DAP which she has joined.

She said that she can no longer stand still after Liu has done a great disservice to the party leaders who are persevering to fight against the prejudices and stigmas that DAP is receiving.

Yeoh also worried that even during the Pakatan Harapan government, Liu has troubled the government leaders after recounting the time when Liu had a “constant countdown” on his social media page for former Prime Minister Tun Dr Mahathir Mohamad to step down and hand over the position to PKR president Datuk Seri Anwar Ibrahim.

She said that everyone including Tun Mahathir, Anwar, Ronnie and herself are also partly responsible for the collapse of the Pakatan Harapan government because being responsible leadership requires self-examination. As for Ronnie, Tun Mahathir can do no right, while Anwar can do no wrong.

It was reported that there have been internal conflict among DAP party members which includes Sungai Pelek assemblyman Liu who have given racist remarks as not to degrade the party in order to earn support from the Malaysians. In a speech, it has been reported that Liu said that DAP is a party that involves different races and that it does not need to dilute its ‘Chinese-ness’ because of the opposing party’s criticisms. He said that DAP is for all the Malaysians and that they need to work together with the other Malay parties but in doing so, they should not portray the party as a non-Chinese.