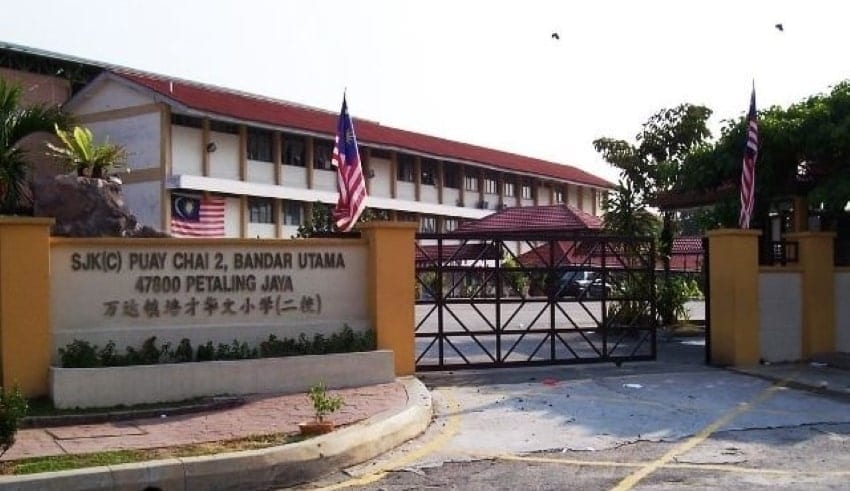 Loh Tian Hong has said that the whole family of one of the school’s student has already been infected while eleven of the teachers are put on home quarantine.
(C) thestar

Recently, six students of SJK (C) Puay Chai 2 tested positive for Covid-19. The school’s chairman of the Parent-Teacher Association, Loh Tian Hong has said that the whole family of one of the school’s student has already been infected while eleven of the teachers are put on home quarantine.

On top of that, there’s also a report of two more cases from the same family last night.

Principal Soh Swee Koon of Puay Chai 2, who have given notice of the outbreak to the parents have refused to give a comment on the current situation.

Surprisingly, Judiciary Employees Have Been Granted A Favor for Priority Group

The Nurses’ Call Over the PH Government in Battling COVID-19

Loh said that since the outbreak started, it has been already one week and parents are still not aware of the situation which makes them anxious about what’s really going on.

According to him, the head of the school already went to the Health Ministry to request for the temporary shutdown of the school in order to quell the spread of the virus but was turned down by the authorities as it is not seen to be a part of Covid-19 cluster.

Although there were parents who agree on the temporary shutdown, there are still some who do not share the same perspective.

Students who tested positive are in second, fourth and fifth years. The school continued to go on except for the five classes that were discontinued in the meantime.

Loh argued that the authorities said the current situation cannot be viewed as a cluster although students tested positive, while the parents tested negative, he raised the question as to where did these students got it in the first place then, if not from the school?

He added that some of the parents thinks that the outbreak began from one student, yet, the authorities are still not giving any information about the investigation as to where the outbreak originated.

Loh said that since they are still uncertain as to who of the six students is the origin, the best thing they can do to ensure everyone’s safety is to ask everyone involved to undergo home quarantine. The eleven teachers tested negative while the student in three of the five classes who got tested are still waiting for the lab results. Loh has called the attention of both the Health Ministry and the Education Ministry to lay down proper and clear guidelines on what actions should the school management take in case a student has been infected by the virus. It was because of this that there has been confusion and tension between the parents and the management because they worry for the safety of their children.