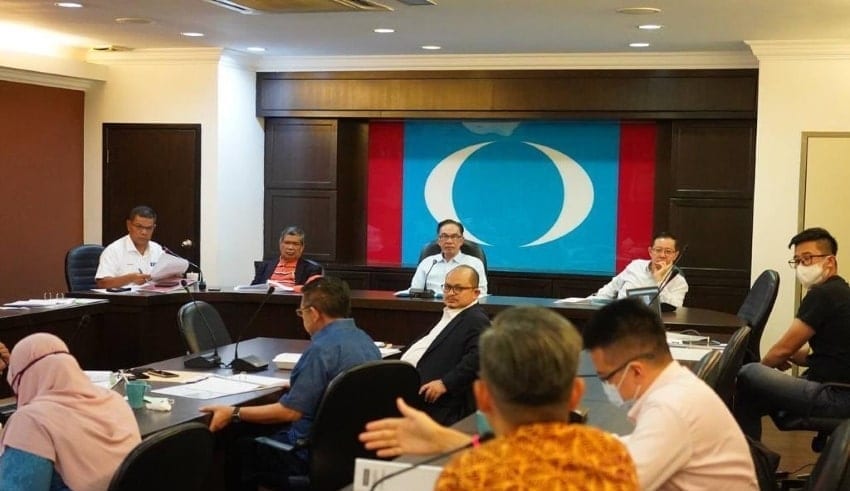 An Umno leader has dismissed a pundit's claim that cooperating with Pakatan Harapan (PH) will benefit his party, claiming that if the relationship materializes, Malay voters will abandon Umno.
(C) pakatanharapan_

PETALING JAYA: An Umno leader has dismissed a pundit’s claim that cooperating with Pakatan Harapan (PH) will benefit his party, claiming that if the relationship materializes, Malay voters will abandon Umno.

Mohd Razlan Rafii, a member of the Umno Supreme Council, said his party needed to think about the interests of his race and country, not just political gains.

PH has announced new committees to prepare, three years after winning the GE14

He claimed that the Malays had grown accustomed to Umno’s partnership with PAS through Muafakat Nasional (MN), and that the party would lose support if it chose to work with PH, of which DAP is a component party. “When we ‘rose again’ after GE14 (the 2018 polls), the people saw the struggle of defending the Malay people and Islam as the convergence point between PAS and Umno. In fact, it terrified the PH government at the time.

“The value of this ‘resurrection’ cannot be bought. It came because the people observed that we were sincere in our struggle. Will this continue if Umno works with DAP? The Malays supporting Barisan Nasional (BN) will run away.

“We need to think long and hard and consider the overall situation, the pros and cons in terms of politics, race and most importantly, the nation,” he told FMT.

Razlan was responding to a statement by Universiti Kebangsaan Malaysia analyst Mohammad Agus Yusoff, who claimed that Umno would benefit more from collaborating with PH, including gaining access to the highest levels of government.

Agus also claimed that Umno’s popular “No Anwar, No DAP” slogan was not the best political model for the party and would “bring it nowhere.”

“Umno and PAS only have small positions (in the Perikatan Nasional government). But, with PH, Umno would get the more senior positions,” he said. While some officials, such as Annuar Musa, have stated that Umno’s position is “No Anwar, No DAP,” other Supreme Council members, such as Mohd Puad Zarkashi and Tajuddin Abdul Rahman, believe that this policy should not be too strict.