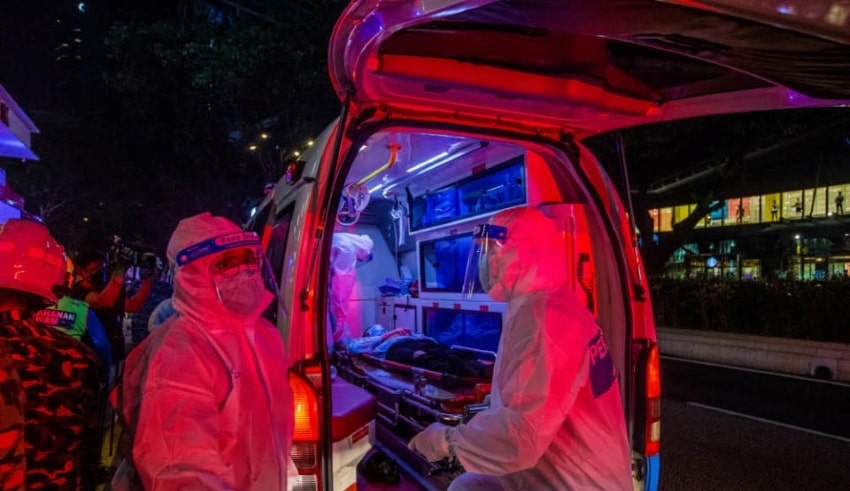 Tan Sri Annuar Musa, a total of six passengers riding the train last night have gotten involved in a collision between two LRT trains on Kelana Jaya line and are currently in critical condition.
(C) Yahoo

According to the Minister of the Federal Territories, Tan Sri Annuar Musa, a total of six passengers riding the train last night have gotten involved in a collision between two LRT trains on Kelana Jaya line and are currently in critical condition.

Annuar posted on his Twitter account today that the six passengers were critically injured and that three of them have been intubated. He also mentioned that there are 64 passengers who have gotten injured in the accident and all of them were sent to the Emergency Department of Kuala Lumpur Hospital (HKL).

The FT Minister, Annuar have given the breakdown of the condition of all the 64 passengers saying that 6 of them are in critical state, while the other 15 passenger are severely injured but not in critical condition and the remaining 43 passengers are non-critical.

If Umno collaborates with DAP, Malays will flee, says the party’s leader.

KJL to continue operations sooner than the anticipated date

He also expressed his gratitude to all the medical personnel in the Emergency Department who have worked hard to take care of the passengers who have been injured in the accident until the early hours of the day. Annuar has called for an investigation to be conducted intensively in order to find out whether there was negligence committed on the controller’s side which resulted to the collision of the two trains to occur.

He said that this train accident must be thoroughly investigated for its cause as well as to particularly determine if the control tower was the one responsible behind the occurrence of the incident. The Seremban MP, Anthony Loke Siew Fook has also urged the police to start looking into the matter closely in order to find out if there are any elements of negligence.

Loke, the former transport minister during the PH administration said that whoever was responsible should get prosecuted immediately under the Land Public Transport Act 2010 if found out that there was indeed human negligence involved which caused the incident. The accident occurred yesterday at 8:45 PM in a tunnel between the KLCC and Kampung Baru LRT stations.