The Asian Affairs > Malaysia > The MUDA website for reporting ministers and VIPs who violate the SOP goes live. 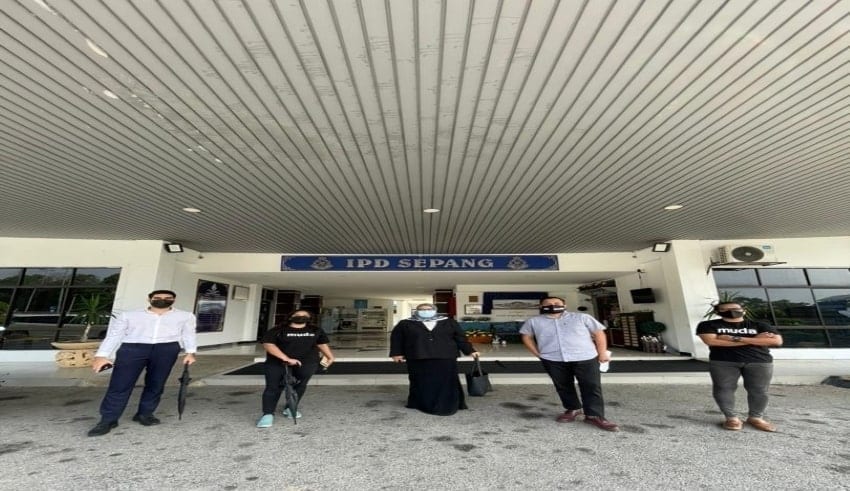 The political party MUDA has introduced a website where members of the public can report ministers and VIPs who break MCO regulations.
(C) partimuda / Twitter

PETALING JAYA: The political party MUDA has introduced a website where members of the public can report ministers and VIPs who break MCO regulations.

According to its pro tem secretary-general, Amir Hariri Abdul Hadi, there seemed to be a double standard in the implementation of standard operating procedures (SOPs), as news reports regularly showed penalties being given to the general public but not to VIPs or ministers who were seen flouting the same SOPs.

“Because of this, we felt like we had to do something. If no one speaks up about it, action will never be taken against them,” he told FMT.

After the web www.lapormenteri.com was launched on Tuesday, nearly 50 people have filed complaints, according to Amir.

He told complainants that their personal information would not be disclosed, and that they could still use a pseudonym.

“All we ask for is evidence in the form of pictures or videos of dignitaries who have violated the SOPs, and where the offence was committed,” he said.

MUDA leader pressing for Undi18 to commence by July

The individuals listed will be put on a “wall of shame” on the site after the complaint was confirmed, according to Amir.

He went on to say that MUDA will also file official police reports and advise authorities to prosecute the suspected SOP violators.

When asked if they were concerned about receiving threats via the website, Amir said his party was aware of the dangers, but that justice would prevail. “We know there are risks to this, of course. But if we don’t take the initiative, then no action will be taken.”