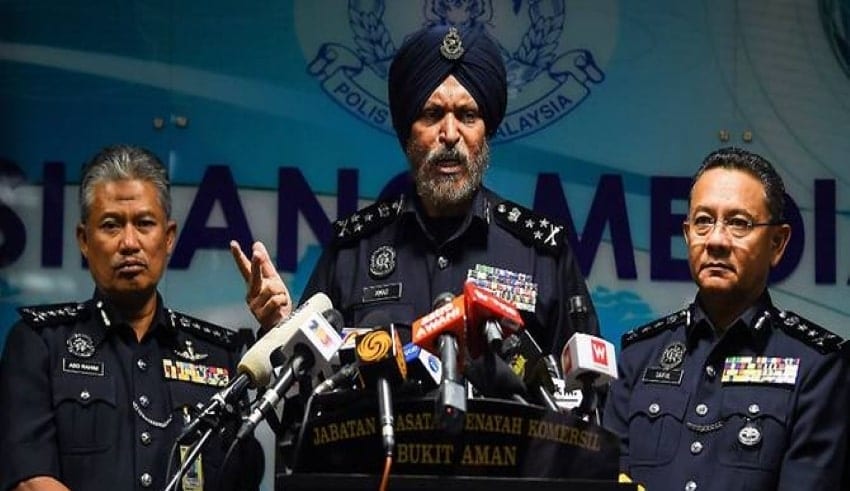 KUALA LUMPUR: Over RM114 million in cash confiscated by police at Pavilion Residences after the 2018 general election has no ties to 1MDB, the High Court heard today.

Lawyer Hariharan Singh, who is representing Umno in its effort to recover the confiscated funds, said there is “not a shred of evidence” that the funds came from former party president Najib Razak’s AmBank account with the number 694.

The prosecution claims that the RM2.23 billion deposited in Najib’s 694 account in 2013 came from 1MDB.

Tanore Finance Corporation had previously been informed that RM2.03 billion had been returned to them.

At today’s forfeiture hearing, Hariharan said the prosecution had not proven the forfeiture claim “on the balance of probability”.

“There is a gap in the prosecution’s case, where they also failed to show some of the monies have been converted into foreign currencies,” he said.

The government wants to forfeit RM114,164,393.44 as well as jewelry and high-end luxury pieces confiscated from Obyu Holdings Sdn Bhd’s premises. Najib, in addition to Umno, is a third-party defendant in the forfeiture case.

Hariharan said the money was a political contribution from Umno, and that Najib was in charge of the party’s finances at the time.

“As the former Umno president and Barisan Nasional chairman, he (Najib) had to fund the entire machinery for 222 parliamentary seats. And thus the ‘flexibility’ of cash was needed.

“In his (Najib’s) police report and affidavit, he confirmed the money was held in trust for Umno. And thus, we have a legitimate interest in claiming the cash,” he said.

Hariharan refuted the prosecution’s claim that Najib’s brother Nazir was involved in the RM20 million cash out from the RM114 million in question.

“The prosecution presented a version where Nazir delivered RM20 million cash to his brother. This contradicted Nazir’s own witness statement to the police where he said he passed the money to one Othman Razak,” the lawyer said.

Following the shutting down of its operations, the homegrown multi-label retailer Naiise w…