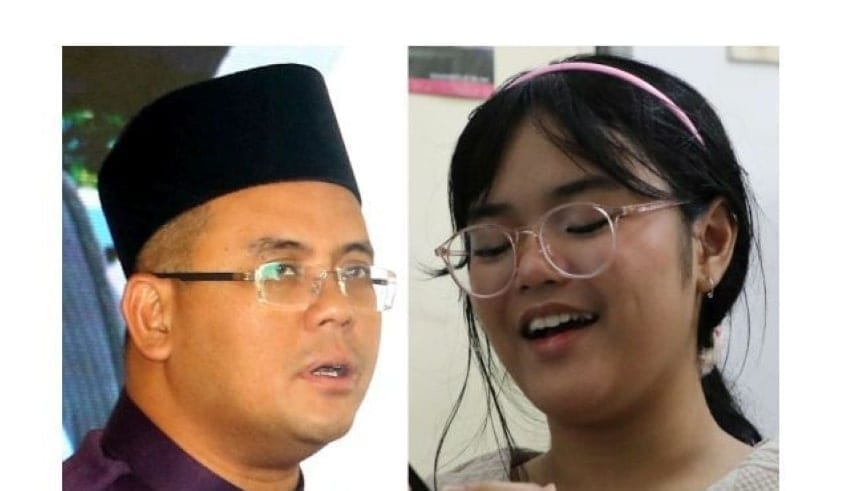 Selangor PH MPs, along with state assemblymen are demanding the MoE to stand up for Ain Husniza Saiful Nizam
(C) thestar.

Selangor PH MPs, along with state assemblymen are demanding the MoE to stand up for Ain Husniza Saiful Nizam as the student activist is presently being criticized following the latter’s revelation of gender inequality happening in schools.

The 11 MPs and 27 assemblymen have expressed their dismay to the MoE’s lack of action and for turning a blind eye about the matter. “The handling of Ain’s case leaves a black mark in democracy as we are telling our youth that those who speak out will be regarded as dissidents, agitators or worse, be labelled as satan,” they said in a statement.

For the sake of security, Jokowi will not repatriate former ISIS citizens

Over two-thirds of women say they face sexual harassment every day, survey says

The Distribution of Laptops for Teachers Gain Attention

The Minister of Women Empowerment Calls for a Gender Equality

They are also pressing the Ministry of Education to do a reassessment of the education system and begin taking the necessary disciplinary measures against the headmistress if proven that she has made the negative comments as well as against the teachers who wronged the whistleblowers in any way.

The MPs and the assemblymen insists that Ain is a victim of a failed education system that disregards the rights of women while defending the teachers and the students who further encourage the culture of rape and violence.

They have also demanded the Ministry to impose a policy that promotes equality among the genders in order to establish relationships between the boys and the girls that is founded on respect and courtesy as laid out in the 11th Malaysia Plan.

“The tendency now is to make light of violence and to give permission to boys to rape girls ‘above 18 years’.

“Therefore, one can only deduce that the rape joke carries with it a possible dangerous and implied message that if you have sex with a woman above 18 years, you can argue for consensual sex and get away with it,” they said.

On May 8, series of negative comments toward Ain that came from principal Sarimah Mohamed Nor’s social media account have been posted in which she called Ain as a “hypocrite”, “Satan’s spawn wearing headscarves”, and told Ain’s parents to “educate her with manners”.

These words were commented on a post where Ain and her mother Niza Sharifudin appeared in a Facebook live session with Khadijah Learning Centre on the topic of speaking up.

Ain has been viral following the TikTok post where she complained about her teacher joking about rape in which stirred the nation into having debates on sex education and institutional misogyny with other girls sharing their personal experiences of sexual harassment. Her post on Twitter with a hashtag #MakeSchoolASaferPlace calling out to prominent figures such as former education minister Maszlee Malik, Opposition Leader Datuk Seri Anwar Ibrahim, cartoonist Zunar, and celebrity actress and singer Adibah Noor, to support the cause have made it to the top 10 trending topics in the country and set the Twitter community abuzz that even celebrities with similar experience shared their story