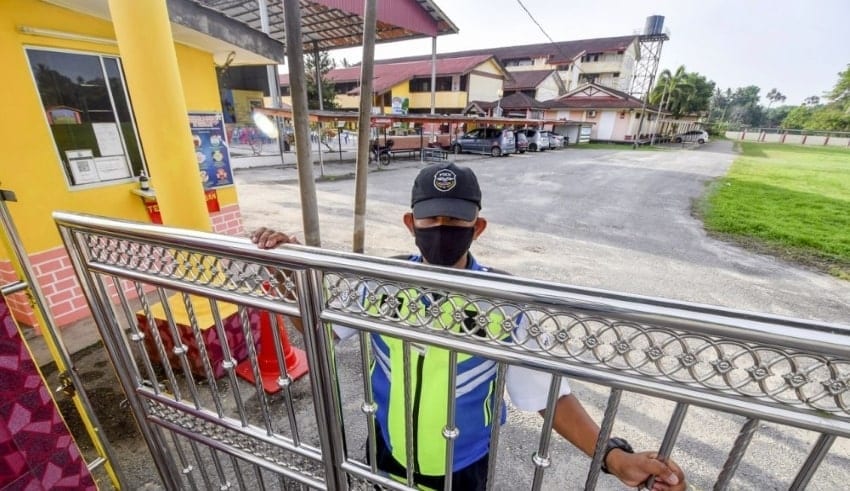 The Education Ministry still has not given out decision whether or not the schools will continue to open despite announcing for the MCO to be implemented in six districts of Selangor.
(C) Malay Mail

The Education Ministry still has not given out decision whether or not the schools will continue to open despite announcing for the MCO to be implemented in six districts of Selangor.

They highlighted that although the authorities have given out several follow-up announcements informing the areas under the MCO about the SOP’s, the MoE still has yet to decide what position would the schools take that are located in the areas subject to PKP since it is still unclear whether the schools will be closed or will continue to open until the beginning of the Raya holiday.

The Opposition MPs have been pressing the Education Minister Datuk Mohd Radzi Md Jidin to immediately announce directives to be enforced on schools located in the areas under MCO especially that the time for midterm examinations is approaching.

Considering that fact of the matter, they added that announcements must be done as fast as possible

“Will parents who need to take their children from hostels be given clearance across districts and states in conjunction with the implementation of PKP this time, with PKP enforced during the festive season?” they asked.

They have also questioned the movement of the students that are going to return to their homes from the dormitories in their boarding schools.

They have also proposed that the schools should have the sole authority to give letter of notification to parents that they can present to the authorities when crossing districts and states upon picking up their children in the hostels.

Senior Minister Datuk Seri Ismail Sabri Yaakob has announced the enforcement of the MCO on the six districts of Selangor yesterday due to the increasing report of confirmed Covid-19 cases in the state in the previous days.

He mentioned that the affected districts were Hulu Langat, Petaling, Gombak, Klang, Kuala Langat and Sepang. While the three other remaining districts namely Kuala Selangor, Sabak Bernam and Hulu Selangor will stay under the conditional MCO. This third MCO will be imposed in the state from May 6 until May 17.