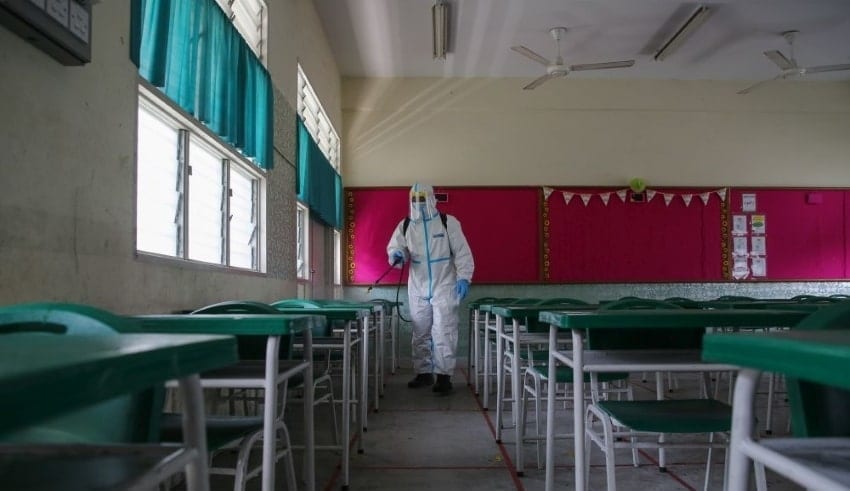 The Selangor Education Department has issued a directive to shut down 30 more schools because of the rise in Covid-19 cases.
(C) Malay Mail

The Selangor Education Department has issued a directive to shut down 30 more schools because of the rise in Covid-19 cases. The circulars sent to the school principals stated that the shutdown period would be for two days which would be commencing today and will end tomorrow.

The Selangor Education Department has received reports that there are incidents of Covid-19 cases in your schools. Therefore, your school is ordered to close for two days on April 28 and 29. The closure is to allow for screening of close contacts and risk evaluation by the district health department,” the department stated in the circular.

It was also mentioned there that schools should make sure to perform sanitation on the school premises. The department also added that considering the school would like to extend the shutdown period, it should be discussed with the district health officer in order to decide whether an extension should be granted or not.

The names of the 30 schools that has been given a directive to shut down were also included in the circular, there were five schools in Klang, three in Kuala Selangor, three in Sepang, seven in Petaling Perdana, two in Gombak, three in Petaling Utama and seven in Hulu Langat.

It has been ordered by the Selangor Education Department on Monday for 79 schools to close down following the ongoing increase of Covid-19 cases in the education sector.

According to him, it has been decided such that the schools might keep the children away from the risk of getting infected with the Covid-19 virus after the celebration of the Aidilfitri holiday which is scheduled from May 7 to 15 for group A schools and May 8 to 16 for group B schools.