The Asian Affairs > Blog > Malaysia > New directive of two-day closure of schools with confirmed Covid-19 cases to be implemented. 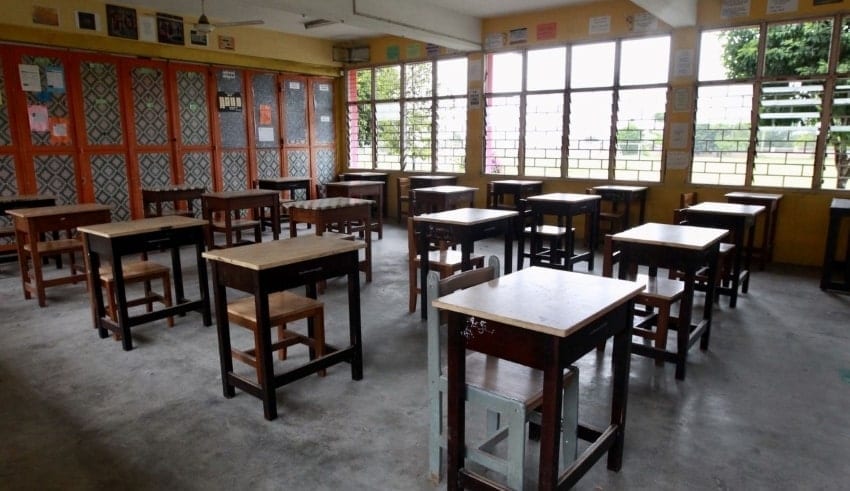 As a new directive by the Education Ministry, a two-day period closure of schools where even one case of Covid-19 has been confirmed will be implemented.
(C) thestar

As a new directive by the Education Ministry, a two-day period closure of schools where even one case of Covid-19 has been confirmed will be implemented.

This directive will be enforced starting April 21 according to Deputy Education Minister Datuk Mah Hang Soon.

During the two-day shutdown of the schools with positive cases, Mah said that the whole premise will get disinfected while the teachers, students and parents will stay at home to avoid coming into contact with the virus in order to reduce anxiety, panic and misunderstanding.

After the two-day closure, the district health officers will examine the schools to be able to evaluate if it can already be re-opened or if it still needs to extend its closure before opening again.

There will also be Covid-19 testing preparations to be made by the district Health office for the teachers and students who will demand for one.

Mah also mentioned that in the course of two days that the schools were closed, the students are still obliged to study from home. This directive has been decided during the high-level ministerial meeting led by Education Minister Mohd Radzi Md Jidin which will be later reviewed by the National Security Council.

The NSC will be the one to finalize any information regarding the closing of the schools under the directive which will be announced.

This matter has been decided as an abrupt rise in the cases of Covid-19 has been reported in schools.

Two schools have been found out by the health authorities to be among the 11 new Covid-19 clusters.

About 19 schools have been shut down on April 19 as directed by the Health Office in Petaling District to disinfect and do contract tracing among the students and the teachers due to having confirmed cases of Covid-19. Health Minister Datuk Seri Dr Adham Baba previously stated that the District Health Office, Education Ministry, and the state government would make joint efforts to make an evaluation where the decision regarding the closure of schools will be based on.