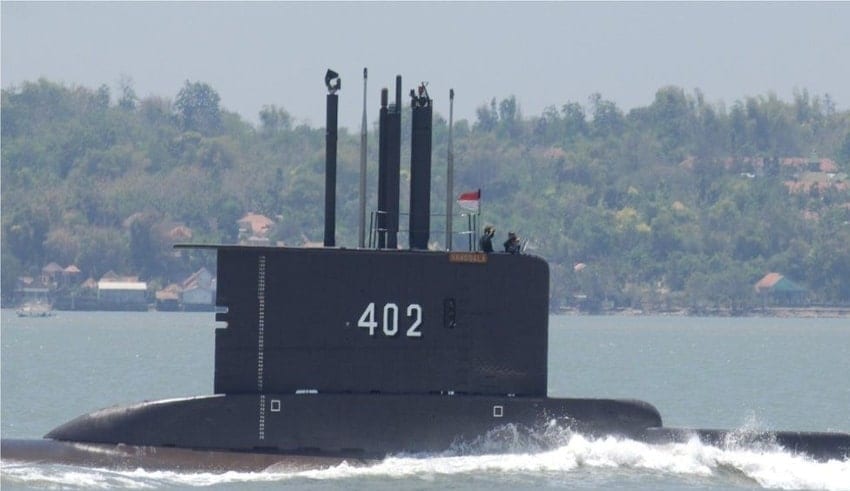 An oil spill was spotted by the rescuers on Wednesday where the missing Indonesian submarine boarding 53 people has lost contact near the vessel’s diving location.
(C) BBC

An oil spill was spotted by the rescuers on Wednesday where the missing Indonesian submarine boarding 53 people has lost contact near the vessel’s diving location.

A navy spokesman said that the KRI Nanggala-402 was supposed to communicate the outcome of a torpedo drill that the 44-year-old submarine has conducted in the northern waters of Bali Island but failed to do so.

Indonesia’s Defense Ministry has stated that team of rescuers have been dispatched to aid the search of the missing submarine, this includes an aerial search which spotted the oil spill near the dive location of the submarine and two Indonesian Navy ships that are equipped with sonar to help search the waters.

A statement from the ministry has also been issued requesting for assistance to further expand the search in which Australia, Singapore and India has already given a response to join the search.

It was reported in CNN Indonesia that the Indonesian navy official Julius Widjojono said that he believes the submarine may have descended roughly 600-700 meters in the deep waters.

Military chief Hadi Tjahjanto said that contact with the submarine has been lost at 4:30am and that they are still conducting a thorough search in the waters of Bali to rescue the 53 people boarded on the vessel.

A media briefing will be held by the military chief on Thursday from Bali to share the details of the ministry’s search efforts.

Soleman Ponto, which is a military analyst said that the fate of the submarine and its boarded crew members cannot be concluded too soon. He said that it is still uncertain whether the communication was cut because of the broken communication tools or because the submarine has really sunken. Having said that, he has given out advice to wait three days at least. Built in 1977 in Germany, the 1,395-tonne KRI Nanggala-402 has joined the Indonesian fleet in 1981 and refitted in South Korea in 2012.