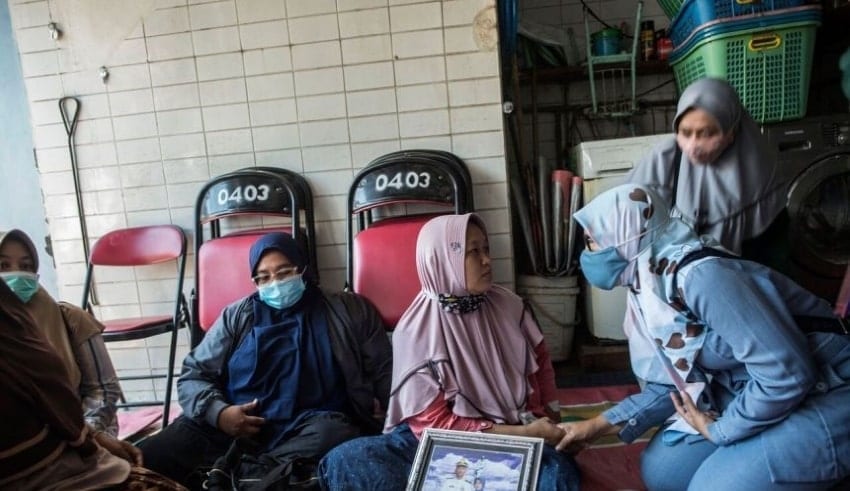 Indonesia has stated that they are going to recover the remains of the sunken submarine such that the relatives who are suffering in grief
(C) straitstimes.

Indonesia has stated that they are going to recover the remains of the sunken submarine such that the relatives who are suffering in grief would be able to pay their respects to the crew members that died in the submarine tragedy.

The authorities have not yet given an accurate answer whether they would pull up the broken pieces of KRI Nanggala 402 from the seafloor where it was discovered or not.

The navy stated that they are on standby until the arrival of two ships that they are expecting to aid the operation including a Chinese vessel that can deal with deep-sea salvage operations.

According to Navy Chief Yudo Margono, they are looking into the use of high-powered magnets and air balloons although it is still uncertain if the broken submarine could be brought from the seafloor to the surface.

“It’s hard to talk about specific timing, but I can say that as soon as help arrives, we’ll start,” Margono told the reporters.

He also said that it was being assumed that the 53 on-boarded submarine crews are still inside the vessel.

Singapore’s underwater rescue vehicle has captured a visual of the KRI Nanggala 402 submarine lying on the sea floor that is more than 800 metres (2,600 feet) deep.

The devastating images of the cracked submarine that were captured by the rescue vehicle have confirmed that it would be impossible to find survivors.

The families of the victims went into the waters where the submarine submerged to hold a remembrance ceremony and cast flowers from the navy ship.

The German-built ship that is one of the five in Indonesia’s fleet went missing last week as it was having live torpedo training exercises.

The contact was lost shortly following the permission of the crew’s request to dive deeper into the waters.

An oil spill was spotted by an aerial search team later that week in the location where the submarine went down in which fuel tank damage and a devastating accident are speculated to have taken place.

There were no official explanation yet as to why the decades-old Indonesian submarine sunk. The vessel was sent to the Southeast Asian nation in 1981 and was said that the reconditioned ship was seaworthy and that there were no possibility of explosion happening. The navy stated that it was plausible that a blackout occurred which left the crew unable to perform emergency measures.

Its main body would have been broken apart as it went below the depths that it was built to withstand. According to Rear Admiral Muhammad Ali who is the former commander of the submarine, the internal solitary wave could have been the reason for the accident. He explained that this natural phenomenon occurs when different sea depths come together resulting into the emergence of internal waves that could have forced the vessel down.