The Asian Affairs > Blog > Malaysia > Kedah is a Malaysian state. The DAP wants the state to put an end to temple demolitions. 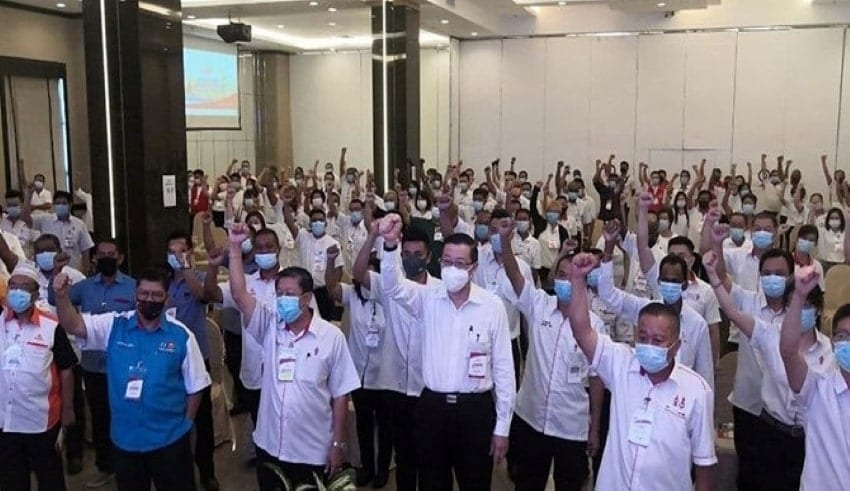 As part of 12 resolutions passed by the state chapter at its convention here today, the Kedah DAP asked the state government and local councils to halt the clearing of non-Muslim places of worship.
(C) freemalaysiatoday

ALOR SETAR: As part of 12 resolutions passed by the state chapter at its convention here today, the Kedah DAP asked the state government and local councils to halt the clearing of non-Muslim places of worship.

The resolution was passed, according to state DAP chief Tan Kok Yew, because a third Hindu temple is set to be destroyed, this time in Bandar Mutiara, Sungai Petani.

The PAS-led Kedah government is promoting local council enforcement action against illegally constructed places of worship, claiming that it is necessary to ensure a “peaceful and harmonious future based on the rule of law.” Last year, two Hindu temples and a few Chinese shrines were cleared of being erected illegally.

30 more schools to be shut down by Selangor Education Department

“I implore the Kedah government to be fair to the state’s minority communities. I got a call yesterday informing me that yet another Hindu temple in Sungai Petani would be destroyed.

During the opening of the state convention at the Starcity Hotel here today, he said, “I urge the state to stop all clearing works and hold talks with members of all religions.”

Tan, who is also a Derga assemblyman, also questioned how the Kedah government claimed to have raised a total investment of RM68 billion since PAS took power, when official figures as of March 3 showed Selangor had the highest figure, at RM38.7 billion.

Other resolutions passed include urging the Kedah government to ensure a safe and reliable water supply, as well as urging Pakatan Harapan’s central leadership to assign candidates from each component party for all state and parliamentary seats in the upcoming general election.

Tan had previously announced that all 15 candidates for the Kedah DAP committee had won unopposed.

Tan has retained his position as state chairman, with Siau Suen Miin serving as his deputy. Vice-chairmen Zulhazmi Shariff and Karunagaran Govindan were appointed. Assemblyman Teh Swee Leong of Kota Darul Aman was named secretary, with Liew Eng Wah as his deputy. Tan and Teh are the DAP’s only elected state representatives.