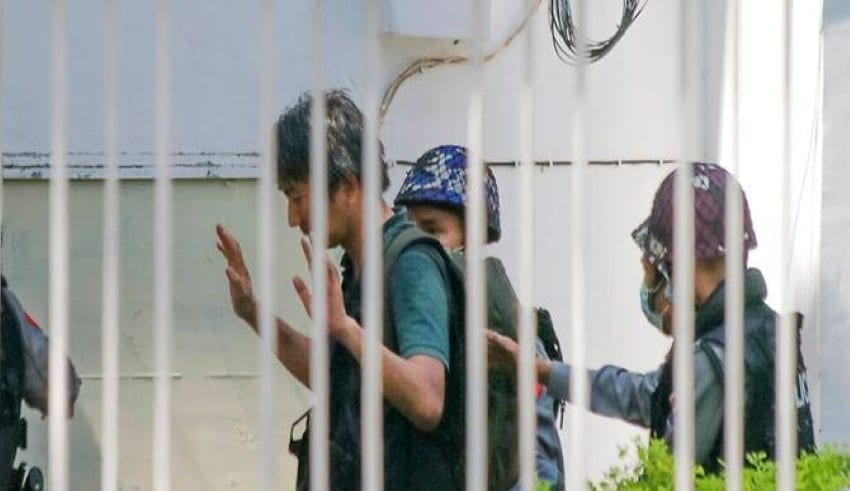 Myanmar has pressed charges against a Japanese journalist for spreading “fake news” in the latest blow to press freedom following the military coup.
(C) CNA

It has been reported that Myanmar has pressed charges against a Japanese journalist for spreading “fake news” in the latest blow to press freedom following the military coup. Yuki Kitazumi which is a Japanese freelance reporter has been apprehended during the previous month and was charged under the “fake news” law during the World Press Freedom Day.

Kitazumi is one of the 50 journalists being held captive in Myanmar as part of the military efforts to control the protests happening ever since the junta has come up in power. Myanmar has been in disarray since then with 750 reported killings as the security forces stepped in to quell the protests.

Myanmar activists calling for a new campaign against the junta

An unidentified Japanese embassy official has been cited saying that despite being held captive for several weeks in the Yangon’s Insein prison where political prisoners have been taken in, Kitazumi did not have any health problems.

Kitazumi has been detained since April 18 — the second time he had been arrested since the coup. During the crackdown on protesters that happened in February, he was also beaten up, was arrested and was released shortly after.

Japan who has been the lead in aiding Myanmar for years now has been insisting for the junta to release Kitazumi.The Foreign Minister Toshimitsu Motegi has stated that they will continue with their efforts to release the Japanese journalist that was held captive in Myanmar.

Accocrding a local monitoring group, Assistance Association for Political Prisoners (AAPP), a sum of 766 civilians have been reportedly killed during the military crackdown The junta are also seeking to suppress the media to stop the news crisis through ordering an internet outage as well as arresting journalists.

It has been stated by the AAPP that a total of 50 journalists have been in custody at the moment, where 25 of them are being prosecuted while the other 29 has been given out arrest warrants, The military has been guarding their seat since the coup and has been taking action against protesters but despite all the posing threats, the protesters still continue to put up a fight against the junta with early morning demonstrations in Mandalay and even in Kachin State.