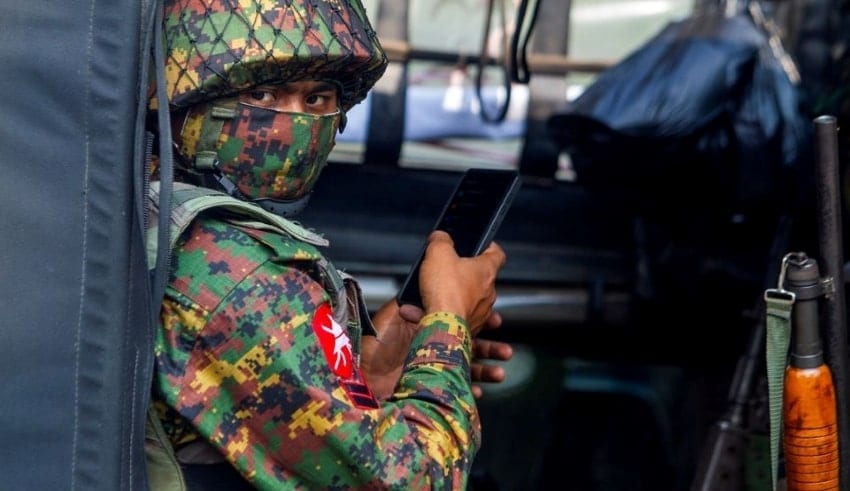 Myanmar’s army is fighting against the local anti-coup rebels in the northwest town of Mindat today. According to the residents, the army battled the anti-coup fighters in an attempt to crack down the rebel groups that has been opposing the military power since the Feb 1 coup.

This battle in Mindat which is a town in the Chin state has marked the turmoil that has been happening in Myanmar as the military struggles in imposing authority due to the growing daily protests, strikes and sabotage attacks.

The military has imposed a martial law in the town of Mindat on Thursday and then charged an attack against the so-called “armed terrorists”. Some residents who are taking cover in the town said fighting raged today. One resident said that he saw soldiers everywhere. There was also a video caught by another resident where it shows a helicopter gunship firing a rocket. The video still has not been verified.

A news service has also reported that some homes have been utterly destroyed by the army as they have continued artillery bombardment today. A resident with a name of Mang said that the town has become a war zone and that they have been living in a nightmare.

He also said that the situation seems to be serious as they have been exhausting their ammunitions while the military has been using heavy artillery and mortar shells on them which they have no chance against. He mentioned that they have putting up defense with the best oof their efforts and that they have been risking everything but he thinks that they cannot last any much longer.

Myanmar has already faced series of wars against an army dominated by the Bamar majority for decades and had some two dozen ethnic armed groups already. The Chinland Defence Force was formed in response to the coup.

Bank that is being run by the state. A local lawmaker said that the reason for the fight was due to the military’s refusal of releasing the seven youths that have been detained by the authorities. The number of casualties has still not been verified.