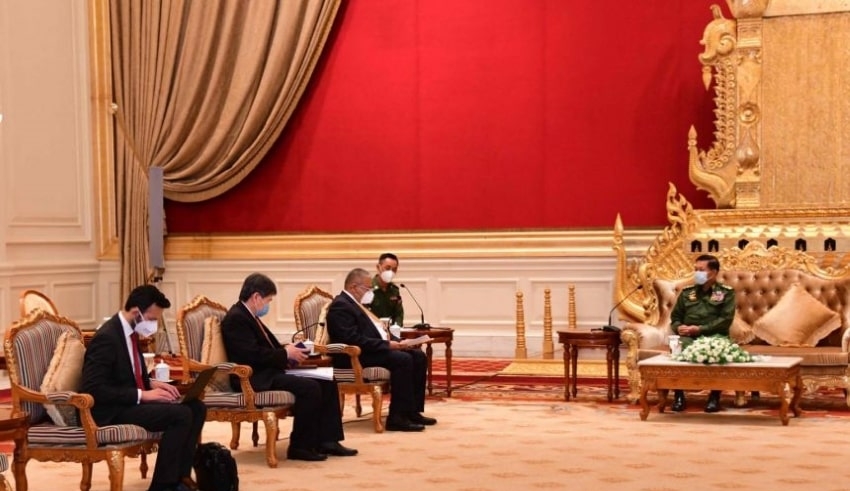 The Association of Southeast Asian Nations (ASEAN) has headed the main international diplomatic effort in order to aid Myanmar out of the crisis it is currently facing since the military seized power in Feb 1 by ousting the democratic leader Aung San Suu Kyi.

Deputy foreign minister in a parallel government which the junta called as treasonous, Moe Zaw Oo said that they no longer have enough confidence in the efforts of ASEAN to end their crisis. According to him, all of their hopes are now gone.

He added that he thinks ASEAN do not have a solid plan for their credibility. Moe Zaw Oo has spoken these words while in a streamed news conference which was later disrupted by internet outages across Myanmar. Two sources briefed on the outage, who declined to be identified for security reasons, said that it was the authorities who had ordered the shutdown. It was reported that Min Aung Hlaing, who is the military leader of the junta met with ASEAN Secretary-General Lim Jock Hoi and Erywan Yusof, the second minister for foreign affairs for ASEAN chair Brunei on Friday.

It said that the meeting discussed Myanmar’s cooperation on the humanitarian issues, calling for an election when the country is already in a stabilized position as well as regarding the said irregularities during the last election held which pushed the military to intervene. The military, which ruled Myanmar from 1962 to 2011, had given a promise to return democracy within two years.

The visit by the ASEAN envoys was part of the five-point consensus came up with during the meeting in Jakarta of the bloc’s leaders in April this year where Min Aung Hlaing attended himself and was acknowledged by ASEAN as a breakthrough. Meanwhile, ASEAN has not yet given an announcement regarding the visit and that it is still unclear whether the envoys planned to meet the military junta’s opponents or other stakeholders