The Asian Affairs > Latest News > Indonesia > For the sake of security, Jokowi will not repatriate former ISIS citizens 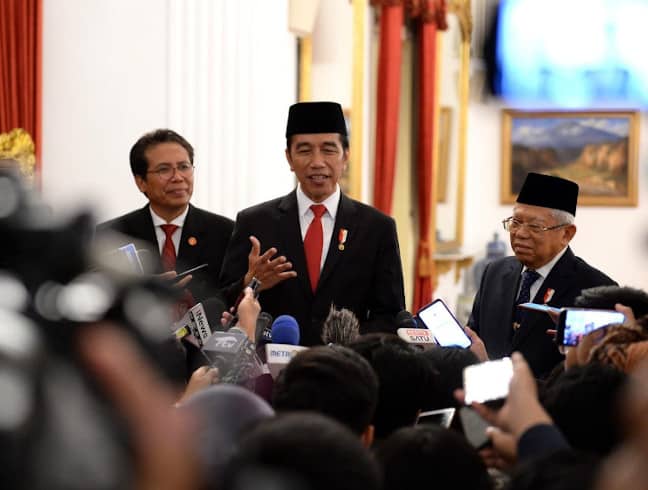 For all security considerations, as many as 689 ex-ISIS citizens were decided by President Joko “Jokowi” Widodo not to be repatriated to Indonesia.

The government is worried that terrorism will spread if they return to their homeland.

Jokowi stated emphatically that hundreds of people from Indonesia who were former ISIS were no longer considered citizens. Jokowi even prefers to use the term ISIS ex Indonesian citizen rather than ex ISIS citizen. This was said by Jokowi Wednesday (12/2).

Described by Chief of Staff of President Moeldoko, 689 former ISIS residents were considered to have no citizenship or stateless. Because they have burned passports and do not wish to become Indonesian citizens.

Of all these statements the government raises the question, is it that easy for someone to be called a loss of citizenship?

Based on Law Number 12 of 2006 concerning Citizenship. In Article 23 there are points that describe a citizen aged 18 years and over can lose his citizenship status.

Others, participate in the constitutional elections for foreign countries to have a passport or letter that can be called a proof of citizenship that is still valid in another country on his behalf.

Observers of International Relations at Padjajaran University, Teuku Rezasyah considered that revocation of citizenship status must have legal force.

According to Teuku, there has been no legal statement stating the 689 ex-ISIS citizens have stateless status. He said the decision also had to go through an agreement of the DPR, not only from the government.

“Before it is declared stateless, it must go through DPR approval. There must be a legal decision, there must be a file, if necessary a separate Presidential Decree is needed,” Rezasyah said, Thursday (2/13).

Forensic studies and research are also needed to make a stateless person, he added.

Teuku said hundreds of ex-ISIS citizens were asylum seekers of a kind of asylum seekers who were under the auspices of the UNCHR, the UN Agency for Evacuation.

On the other hand, the government has been responsible for the data collection and verification of hundreds of former ISIS. Including data collection of ages of children to adults.