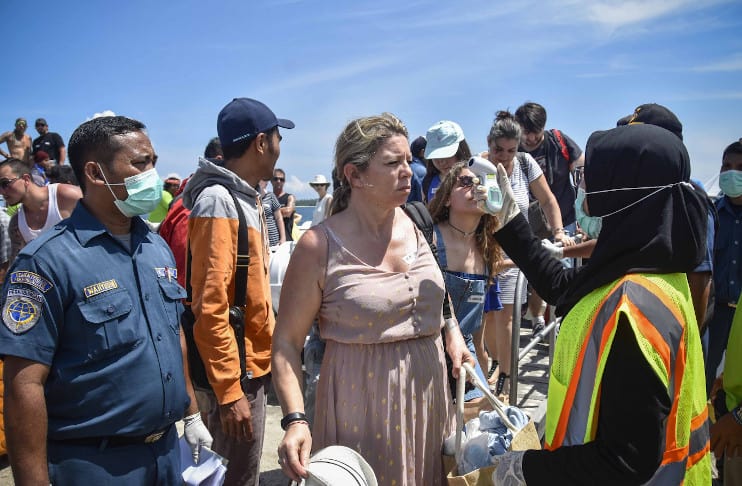 A tourist from China was identified if he allegedly tested positive for the novel coronavirus. Then The Bali Health Agency has managed to identify a hotel where that Chinese tourist had stayed during his vacation in Bali.

“We have checked the data from the Ngurah Rai Immigration Office, and found out that we have a record of the tourist who came to Indonesia through I Gusti Ngurah Rai airport on Jan. 22,” Bali Health Agency head Ketut Suarjaya said as quoted by The Jakarta Post, on Friday.

However, Ketut Suarjaya did not disclose the details, like the exact name or location of the hotel.

He assumed if seeing the virus’ incubation period as well as the tourist’s travel duration, it was difficult to determine if the tourist was infected in Bali. Otherwise, that tourist very likely got infection occurred on mainland China.

“Since the tourist returned to their hometown on Jan. 28 and the first symptoms of the disease appeared on Feb. 5, it is very likely the infection occurred on mainland China,” Ketut said.

Regarding 14-day incubation period that was taken into account, he also said there was a possibility the tourist did not contract the virus in Bali. Because there was an eight-day gap between their flight from Indonesia to Wuhan, also the day when the symptoms started to appear.

He also explained that if the 14-day incubation period was taken into account, there was a possibility the tourist did not contract the virus in Bali as there was an eight-day gap between their flight from Indonesia to Wuhan and the day when the symptoms started to appear.

Meanwhile, on Thursday the Health Ministry had received 77 samples from 16 provinces across the country. From those samples, 71 coronavirus samples have tested negative, while the other six are still being examined.