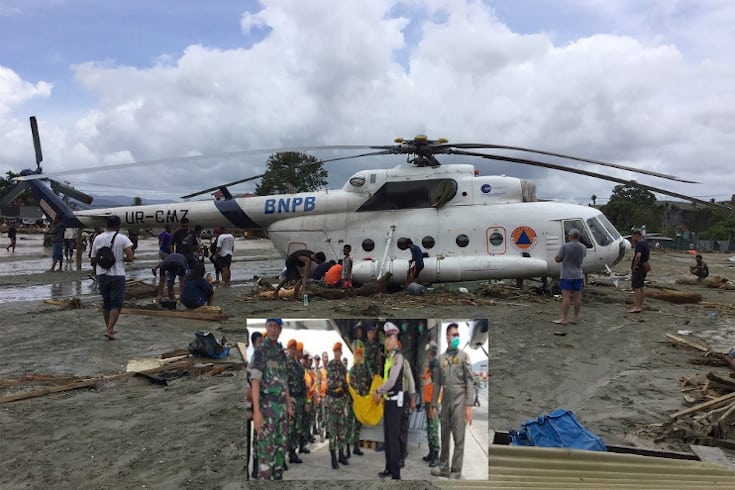 As many 12 victims who had flown on board an Mi-17 Army helicopter that disappeared in June last year have been found by the Indonesian Military.

That military forces found it shortly after taking off from an airport in the district of Oksibil in Pegunungan Bintang regency in Papua.

On Friday noon, a recovery team from the Banteng Raider Infantry Battalion (Yonif Raider) of the Cendrawasih Military Command (Kodam) in Papua managed to reach the location and found the bodies among the wreckage.

As the recovery team coordinator, Military Resort Command (Korem) 172/PVY commander Kol. Binsar Sianipar said the team arrived at the location of the wreckage after hiking for about five hours from a base camp they built on Thursday.

All 12 bodies, Binsar said, would undergo an identification check from the medical team. However, due to the bad weather and difficult terrain the team was not able to recover the bodies immediately.

As reported previously, the MI-17 helicopter owned by the Army went missing on June 28, 2019, at 11:49 a.m. There were 12 people, including the crew inside the helicopter. Then, that helicopter went missing while flying to Okbibab from Oksibil to deliver supplies to soldiers stationed there.

Expressing the empathy, Binsar said the Cendrawasih Kodam commanders and soldiers expressed their deepest condolences to the families of the soldiers who had died while carrying out a noble duty in Papua.

Meanwhile, appreciation was stated by Cendrawasih Kodam commander Maj. Gen. Herman Asaribab to all parties who had assisted the process of finding the MI-17 helicopter and were set to recover the victims’ bodies.

He expressed pride and respect for the soldiers who had worked tirelessly in planning, preparing and carrying out the search and rescue (SAR) mission in the difficult terrain.

Thank you statement also said by him to Pegunungan Bintang regent Costan Oktemka and all local officials, as well as the regency’s community and religious leaders, particularly those in Oksop district, for the help.

Furthermore, the recovery of the bodies would start on Saturday. There are Bell 212 helicopters that would be deployed from the Army’s Aviation Center (Penerbad) and PT Intan Angkasa.