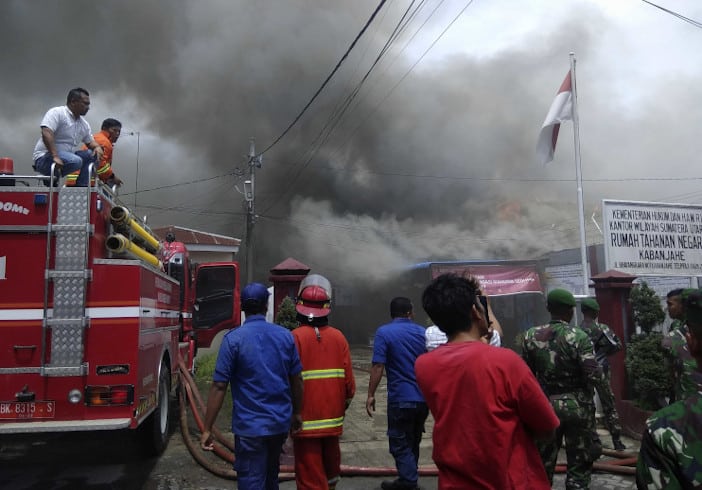 Four inmates were designated as intellectual actors in the riot accompanied by the destruction and arson at Class II B Kabanjahe prison, Karo District, North Sumatra. They are subject to Article 170 of the Criminal Code regarding violence against goods and people.

North Sumatra Police Chief Inspector General Martuani Sormin said, related to the incident at the prison in Kabanjahe, he had already visited North Sumatra Governor Edy Rahmayadi that the situation was conducive.

“Yesterday there was a riot triggered by a dispute, did not accept being punished. There were 4 narcotics inmates sanctioned by unwilling warders. It caused resistance from other narcotics prisoners resulting in riots and arson in prison,” said the North Sumatra Regional Police Chief on Thursday (13 / 2).

Sormin stressed that the police had confirmed the situation was conducive after the riots in Class II B Kabanjahe prison.

A total of 410 prison residents consisting of prisoners and inmates have been evacuated and rescued.

After the riot, 191 inmates in prison have been moved to a number of correctional institutions in several areas in North Sumatra.

“We have evacuated all prisoners and saved 410 people, 380 men, 30 women. Last night 192 lived in Tanah Karo because it was still being tried and 191 had been moved to Hinai, Binjai, Medan and Sidikalang,” he said.

Before the riot broke out, Kabanjahe prison officers held a search of prisoners’ rooms since Wednesday, January 8, 2020. The search results found 30 grams of methamphetamine drug belonging to 4 prison residents.

Based on these findings, 4 inmates have been named as suspects and detained at Tanah Karo Regional Police Station. Kabanjahe prison officers also continue to actively search prisoners’ rooms in an effort to prevent drugs from being in prison.

Then, on Tuesday 11 February 2020, 4 prisoners who were named as suspects by the Tanah Karo Police Station were returned to the Class IIB prison in Kabanjahe. They provoked other prisoners.

“The provocation smells in order to oppose the search carried out by officers with the Head of Class IIB Kabanjahe prison,” he said.

On the day of the riots, around 12.00 WIB, prisoners in the Kabanjahe prison were provoked into an uprising against officers. The prisoner was also provoked into burning the Class IIB prison building in Kabanjahe.

“They refused to search to prevent drugs from circulating in the detention center,” he said.