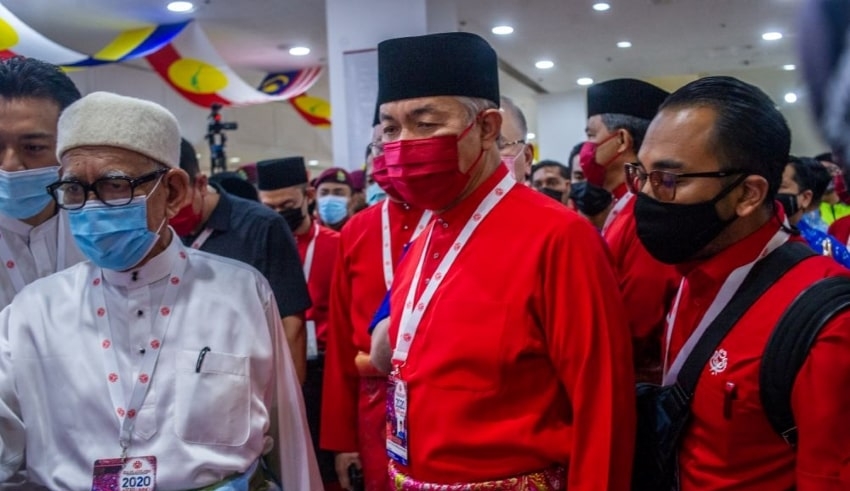 Seat talks with UMNO for the GE15 was put on hold but ongoing with BERSATU, according to PAS.
(C) malaymail

Seat talks with UMNO for the GE15 was put on hold but ongoing with BERSATU, according to PAS.

BERSATU in the Perikatan Nasional (PN) coalition to confront GE15. After having an online lecture on Friday, PAS president Hadi said to the reporters that

PAS leaders are currently fulfilling the task of having a discussion with BERSATU about the seat allocation. On the other hand, although there was a committee established for

UMNO, PAS will have to go on having the seat talks with BERSATU first since UMNO changed their mind in the middle of the negotiation and not to mention, the issues the party is currently facing.

In response to the question about the statement made by State UMNO Chief Datuk Seri Ahmad that the party will compete solo in Terengganu in GE15, PAS President Hadi said that UMNO’s top leaders have not yet concluded it on a central level.

The Member of the Parliament of Marang said that PAS is still calling for unity among the Muslims and also the diverse society in order to stop factions and divisions from arising.

He said that Muafakat Nasional (MN) coalition also includes cooperation with BERSATU, not just PAS and UMNO. It is a common principle which was agreed upon before, although UMNO doesn’t seem to follow the policy. Even so, he said he knows that not everyone in UMNO has the same thinking and that they wanted to unite the Malays along with the non-governmental organizations and individuals, not counting on the extreme Malays they can’t accept. When the widely shared audio recording between UMNO President Datuk Seri Ahmad Zahid Hamidi and Opposition Leader, Datuk Seri Anwar Ibrahim was brought up, Hadi pointed out that PAS will remain consistent on its stand and is refusing any new form of political alignment after the GE15, particularly those who are involved with Pakatan Harapan (PH).