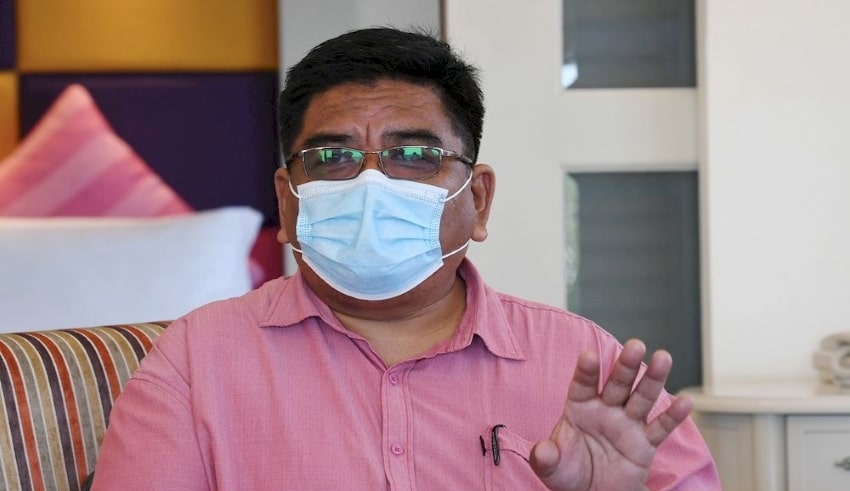 WARISAN has been demanding him to resign from his post just like what he had promised when he made a pledge of allegiance to the party before the election began.
(C) Malay mail

WARISAN has filed a suit in the High Court against the previous assemblyman of Sebatik, Hassan Gani Amir for taking part in BERSATU as its newly found member. WARISAN has been demanding him to resign from his post just like what he had promised when he made a pledge of allegiance to the party before the election began.

After just two days of submitting his application of membership to join BERSATU in which he had submitted during BERSATU’s second-anniversary dinner, a court order to summon Hassan has arrived at his home in Manggatal here by WARISAN’s lawyers Liaw Kee Siong.

Annuar informs Zahid that he needs to confirm a letter to the PM about Umno’s withdrawal of support.

Among the others, WARISAN is looking for the High Court to declare that Hassan has violated his oath to stand with WARISAN until the end of the term of the current assembly, in the event that he won the election.

The court documents shows that WARISAN is claiming that they have chosen Hassan as the candidate given that he would give his firm and constant support to the party without turning his back on them.

WARISAN has exposed to the public the signed pledge made by Hassan in which he states that he will vacate his seat as an assemblyman if he ever leaves the party prior to the end of the state assembly’s current term.

In case that he breaks the pledge and quit the party, it was a part of the condition for Hassan to sign and submit a resignation letter as a way to ensure the party of his loyalty before he was set to be a candidate for WARISAN, this pledge was made on September last year.

Hassan left WARISAN on February 25 and declared himself an independent elected representative while expressing his support for the Sabah government under Gabungan Rakyat Sabah (GRS).