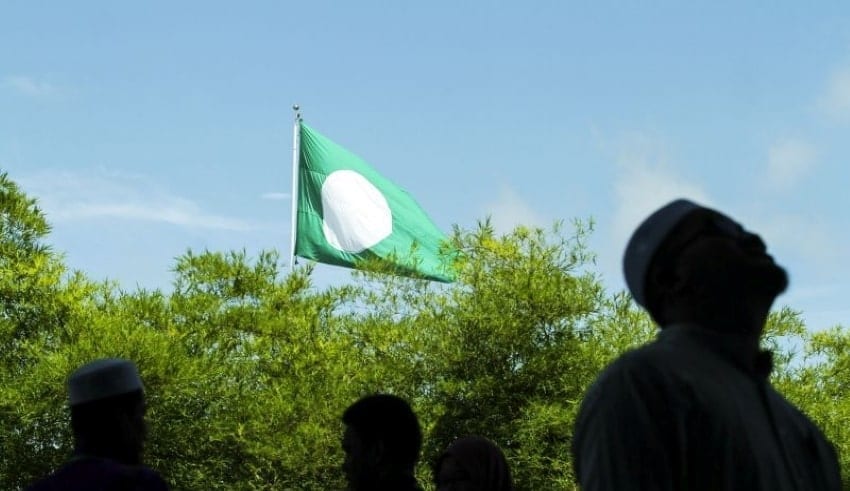 Political experts say that even if PAS recently announced its partnership with BERSATU, there is still a possibility that the Islamist party will partner with UMNO going into the next GE.
(C) malaymail

Political experts say that even if PAS recently announced its partnership with BERSATU, there is still a possibility that the Islamist party will partner with UMNO going into the next GE. Professor Azmi Hassan, a geostrategist at Universiti Teknologi Malaysia said the joint statement made by PAS and BERSATU was the same as always.  He said that the statement is just reciprocal on what happened during the UMNO general assembly when UMNO was firm that they want to sever ties with BERSATU.

He even said that for the time being, PAS looks like determined to want to work with BERSATU and would honor its agreement to the party but anything can happen until GE15 or Parliament is dissolved. He pointed out that the agreement is not cast in stone and that there will be changes when GE15 is nearer since our politics is very dynamic.

Annuar informs Zahid that he needs to confirm a letter to the PM about Umno’s withdrawal of support.

Azmi said that because PAS stands to benefit more by going with UMNO, the Islamist party may choose to work with them. He explained that UMNO is a formidable party wherever PAS is going — whether in Kelantan, Terengganu, or Kedah. If PAS cooperates with UMNO for seat allocations, they can benefit the most from it, compared to working with BERSATU. Because if PAS agrees to seat allocations with BERSATU, they will need to face UMNO. Strategically, PAS will go with UMNO because at the end of the day, UMNO is the real opponent.

PAS is allied to UMNO via Muafakat Nasional (MN) and to BERSATU in the ruling Perikatan Nasional (PN) coalition. The party is caught between the feuding parties that are set to clash in GE15. Throughout the UMNO-BERSATU feud, PAS has repeatedly tried to mediate by reminding them of the importance to preserve Malay-Muslim unity. However, during the UMNO general assembly last week, some UMNO leaders demanded that PAS choose a side in the feud.

Azmi also said that PAS will continue to aggravate UMNO if it will remain to side with BERSATU. Associate professor Awang Azman Awang Pawi of Universiti Malaya agrees with Azmi that there is still a chance of PAS switching its support.

He said that PAS is considered as very unpredictable with its political decisions and if it can turn its backs on UMNO and Muafakat Nasional, there could be a possibility that it may change its mind about working with BERSATU to face GE15.

But the disadvantage to PAS changing its mind again to support UMNO later could cost its voters’ trust, and create a bad public image towards the Islamist party. He also added that if PAS decided to return to work with UMNO, there would be some of UMNO’s members that would not accept that, due to its indecisiveness and inconsistency.

With BERSATU controlling the government at the moment, he said PAS considers it more beneficial to side with the former for the time being. Awang Azman explained that PAS was not set on one ally or the other and changes its position depending on how it benefits the party so when Parliament is dissolved, PAS could see this as an opportunity to get back together with UMNO, because by then, BERSATU no longer has power nor is it beneficial to PAS.

Awang Azman also said PAS would have much better chances of winning in the GE if it were to fight with UMNO instead of fighting against it. He predicted PAS can secure between 20 to 25 seats if it teamed up with UMNO. If it doesn’t, it risks only winning 10 parliamentary seats. Political science professor Ahmad Fauzi Abdul Hamid of Universiti Sains Malaysia (USM) noted that the mutual agreement is based on the continuity of the PN government.

So the arrangement may change in August (2021) the earliest. He explained that once the reason behind the mutual agreement disappeared, it’s not impossible to see PAS going towards fulfilling its Muafakat Nasional pact with UMNO, especially if UMNO looks more likely to be in a favorable position at the a next post-PN government. Ahmad Fauzi also said that PAS is still compatriots of both BERSATU and UMNO.

Moreover, noting the signals sent out during the UMNO assembly. He said that UMNO also appears to be the party that is more eager to pursue PAS. Among others, UMNO president Zahid promised to amend the Federal Constitution to strengthen Shariah law in Malaysia if his party were to gain a supermajority at the GE. Implementation of Shariah law is the lifeblood of PAS which sends a clear signal to PAS as Ahmad Fauzi said. PAS may well consider it more beneficial to have UMNO rather than BERSATU to lead the federal government in the direction of coordinating Shariah with civil laws.

Ahmad Fauzi also pointed out that UMNO offers a more rewarding partnership for election purposes in terms of having Malay grassroots support, which matters most in a GE.  PAS Youth chief Khairil Nizam said his party will remain in MN and support PN.  He said that they are consistent. According to Khairil, while it is uncertain at the moment, the possibility of PAS working with UMNO is still relevant.  As for the party’s election plans, Khairil said at the moment, it is focused on avoiding situations where his party, UMNO, and BERSATU may end up overlapping in the contest. He also added that they want to focus now on looking for a common ground among the three parties so that they will arrive at a point where it is one-on-one fight with Pakatan Harapan.