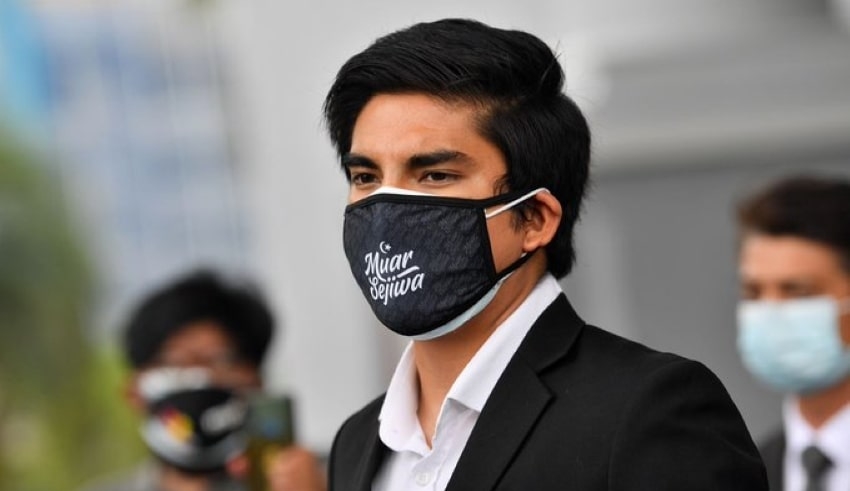 Former minister Syed Saddiq Syed Abdul Rahman wants to use his corruption trial as a catalyst for institutional reform.

He hopes to see changes in the enactment of a law regulating political funds.

The Muar MP said in a broadcast that has been streamed on a couple of social media platforms that he want to make sure that his case will trigger an institutional reform.

A Surprising Pardon for Detainees for the King’s 69th Birthday

According to the 28-year-old Syed Saddiq, a Political Fund Act was supposed to be tabled in the Parliament in March last year, until the Perikatan Nasional (PN) assumed position.

He said that he has been appointed by the Pakatan Harapan (PH) presidential council to draft out the proposed Bill along with officials from the National Centre for Governance, Integrity and Anti-Corruption (GIACC) and the Malaysian Anti-Corruption Commission (MACC).

Syed Saddiq has proved his innocence after addressing his two criminal breach of trust charges and claimed that these were obviously a scheme to put a stain on him which has been instigated by his political enemies.

He was accused of a criminal breach of trust involving RM1 million belonging to Parti Pribumi Bersatu Malaysia (Bersatu) without the approval of BERSATU’s committee during the time when he was still the party’s Youth wing chief.

In 2018, he was also charged for the misappropriation of RM120,000 from the party’s election coffers.

Syed Saddiq on his first charge said that the RM1 million was actually the wing’s fund and was meant to be used as Covid-19 relief measures at parliamentary constituencies. He also added that expenses have never been presented to the central leadership council (MPT) before.

He added that he since the formation of BERSATU, not even the president tabled the party’s expenses fund.

He said that all the donations for charity had been fully accounted for and the signatories are the treasurer of Armada and Armada’s secretary as they were fully aware that the funds are meant for charity.

Armada is the name by which Bersatu Youth members call their wing.

He said that the former BERSATU chairman Tun Dr Mahathir Mohamad and several other members of the MPT were willing to testify on his behalf in court.

Meanwhile, in addressing his second charge, he said that BERSATU was deregistered during the time when he held a fundraiser on April 8 and 9, 2018 which was alleged to be a fundraiser for BERSATU.

According to him, the party failed to submit documents and details on its annual general meeting the year before as requested by the Registrar of Societies and has been temporarily deregistered on April 3 three years ago and taking that into account, the fundraising is not for the party.

He said that it was held in his personal capacity as he did not have enough money for political work while showing a poster of the event and a post that goes along with it.

He added that if the BERSATU president Tan Sri Muhyiddin Yassin who is the incumbent prime minister, and Datuk Seri Mohamed Azmin Ali were both present at the fundraiser and directly contributed to help him run the campaign, how could that be for the purpose of the party?

He added that he had also declared his campaign expenses, which were more than the amount raised in that drive.

A partial bail of RM80,000 has been posted to release him while the remaining RM250,000 will have to be paid to the court by next Tuesday. An order from Sessions Court Judge Azura Alwi was also issued for the Muar MP to surrender his passport until the completion of the case.