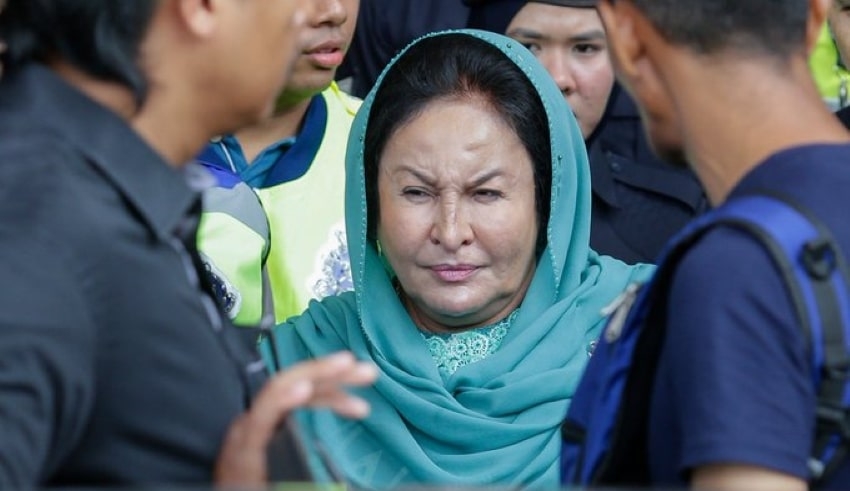 Rosmah Mansor's plea to suspend her continuing corruption trial awaiting the outcome of her appeal against the High Court's rejection of her request to vacate the trial proceedings will be heard.
(C) NewsBFM

On Monday, Datin Seri Rosmah Mansor’s plea to suspend her continuing corruption trial awaiting the outcome of her appeal against the High Court’s rejection of her request to vacate the trial proceedings will be heard.

Datuk Akberdin Abdul Kader, the lawyer for Rosmah, and Deputy Public Prosecutor Ahmad Akram Gharib confirmed that the Court of Appeal would hear the stay motion on Monday.

Sri Ram to personally appear in court to go against Rosmah

Meanwhile, Akberdin stated that the court has set October 13 for another case management hearing for Rosmah’s appeals against the High Court’s decision dismissing her application to vacate her corruption trial in connection with the Sarawak school’s solar hybrid project and to disqualify Datuk Seri Gopal Sri Ram from serving as senior deputy public prosecutor.

He said that Thomas had made it abundantly apparent that, after selecting Sri Ram to head the prosecution in the 1Malaysia Development Berhad (1MDB) proceedings, he later authorized him (Sri Ram) to handle the prosecution for the applicant’s criminal charges (Rosmah).

Rosmah filed the two petitions at the High Court on May 6 this year, asking to have the whole trial thrown out to be cleared of all three counts and also to have Sri Ram removed as lead prosecutor.

It was a bribe to assist the firm (Jepak Holdings) win the RM1.25 billion Hybrid Photovoltaic Solar System Integrated Project and Maintenance and Operation of Genset/Diesel for 369 rural schools in Sarawak.

Between March and April 2016, she was accused of soliciting for herself at Lygon Cafe, Sunway Putra Mall, Jalan Putra, Kuala Lumpur.

On September 7, 2017, Rosmah allegedly got RM1.5 million from Saidi for the same reason at her home in Jalan Langgak Duta, Taman Duta.

Rosmah is also charged with receiving RM5 million in gratification from Saidi through Rizal for assisting Jepak Holdings in securing the same project on December 20, 2016, at the Seri Perdana home in Putrajaya between January 2016 and September 2017. The High Court ordered Rosmah to enter her defense on all three corruption accusations on February 18 this year, and she is due to testify on October 5 when the defense starts its case.