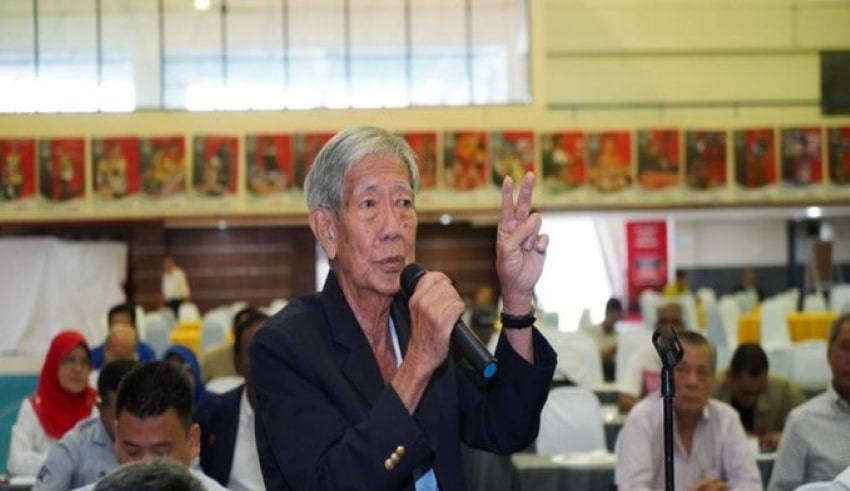 Datuk Sieh Kok Chi and his handicapped daughter are claimed to have been defrauded of close to RM1.5 million in a property dispute by a retired naturalised athlete.
(C) thevibesnews

Kok Chi, who served as the Olympic Council of Malaysia’s (OCM) secretary-general from 1992 to 2015, alleged that the former athlete faked the signature of his 47-year-old daughter Sieh Shen-Nern.

Kok Chi, 82, who has devoted decades of his life to sports administration, has filed a police complaint accusing the former athlete of forging a Power of Attorney to transfer half of a store property in Sri Petaling held by Shen-Nern and the former athlete.

When contacted, Kok Chi, who is now hospitalized for lung problems said that his daughter, who was born with a physical disability and an intellectual disability, can only sign her name when he is there to guide her. He added that the signature on the Power of Attorney in March 2014, which he did not see or observe, is different from the signature on the Sales and Purchase Agreement in March 2012, which he had supervised.

“I’ve brought her to Melbourne at least twice to be evaluated by experts, all of whom verified her intellectual disability. My daughter failed both her government-mandated Standard Six test at the age of 11 and her Lower Certificate Exam (LCE) at the age of 14.

“Because she struggled academically, my daughter was unable to read or write in Bahasa Malaysia or English,” Kok Chi stated.

Kok Chi, who resigned from the Department of Irrigation and Drainage in 1991, is well-known in the local sports administration, having been engaged in OCM since the 1970s and serving as chef de mission for the national delegation in the 1999 Brunei SEA Games.

According to Kok Chi, the former naturalised athlete contacted him in 2012 for assistance in purchasing the property, and he agreed to acquire the store lot jointly with Shen-Nern. He claimed that he paid RM1.46 million and aided the former athlete in obtaining a RM1.5 million bank loan.