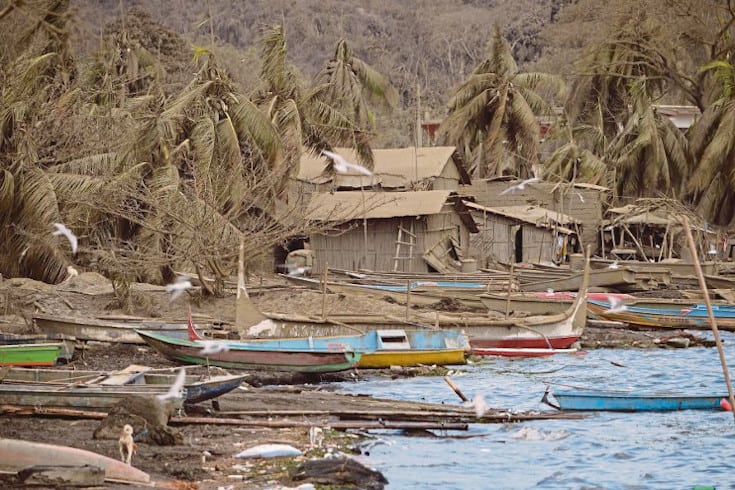 With the level of warning over Taal Volcano lowered from level 3 to level 2, citizens of two cities within the danger zone are now focused on getting back on their feet.

Mayor Daniel Reyes of Agoncillo, Batangas said townspeople are beginning to return to their town after the lifting of the lockdown.

Reyes said three barangays in the town are in the danger zone.

The local government unit has already sought assistance from the national government regarding accommodation, maintenance of infrastructure and livelihood.

The national highway is already clean but, he said, internal roads are still being repaired.

Several roads got buried from the volcano in eight inches of lava, Reyes said.

But Reyes said the fish cage industry is going to recover.

As for root crops such as cassava (balinghoy), palay, and corn, some were covered with ash while others could be harvested.

Meanwhile, in Laurel, Batangas, where three barangays are in the danger zone, Mayor Joan Amo said residents were relieved that the level of alert was lowered over the volcano.

The said evacuees are still staying at the covered court in the municipality and three other evacuation centres, she said.

Amo called for aid to provide temporary housing for the evacuees.

Just 30 per cent of bangus and tilapia cages were lost in Laurel in Taal Lake, the mayor said.

After the lockdown was lifted, Amo said electricity has already been restored in town.

No roads were affected but as some roads were slippery due to ash, she still warned residents.