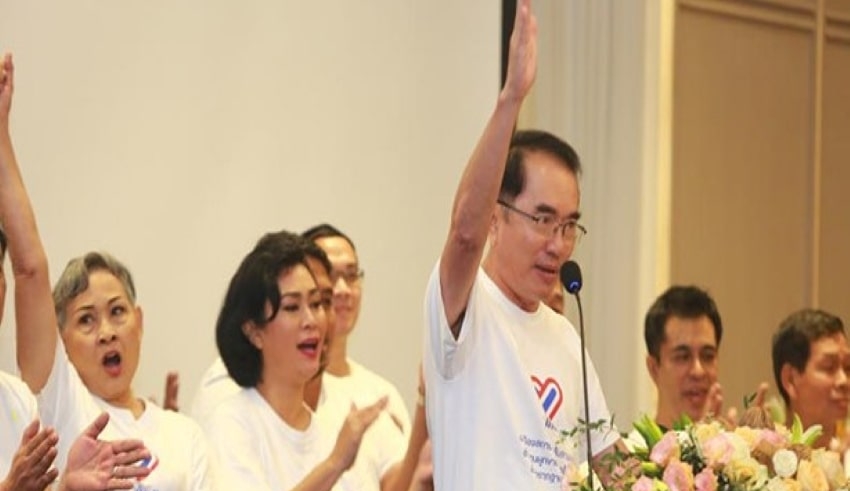 Around 200 right-wingers from Thailand launched a campaign to counter student rally, one of which is Free Youth group and its ally, the Free People movement, is aimed at pressuring the government to dissolve Parliament, write a new charter and end threats against its critics. Protests have taken place almost daily since mid-July to demand the government’s removal, with some activists even asking the monarchy to reform.

While on Sunday the anti-government protesters drew more than 10,000 people to the biggest demonstration in years, loyalist counter-protests have drawn. Thai Pakdee (Loyal Thai) was launched by prominent right-wing politician Warong Dechgitvigrom at a hotel in Bangkok, who said His Majesty the King’s monarchy was under attack

According to the statement of Mr Warong, the father of the country is being harassed. How can Thai people stand by? He added our fight must be online and offline, that the group was non-violent and had not set any dates for protests or other actions.

The return of demonstrations to Bangkok streets rekindled fears of more than a decade of color-coded battles between government supporters and their populist-backing opponents until a 2014 coup in which Prayut Chan-o-cha seized power.

Many people also remember violence in 1976, when student protests were crushed after politicians of the right accused them of disloyalty to the Monarchy.

Anti-government demonstrators are demanding the resignation of Gen Prayut and the dissolution of parliament, a new constitution and an end to activist abuse. They say elections were manipulated which held Gen Prayut in power last year. He is saying they were fair. Thai Pakdee also made three demands: No parliamentary dissolution, maximum legal action against anyone seeking to overthrow the monarchy, no change