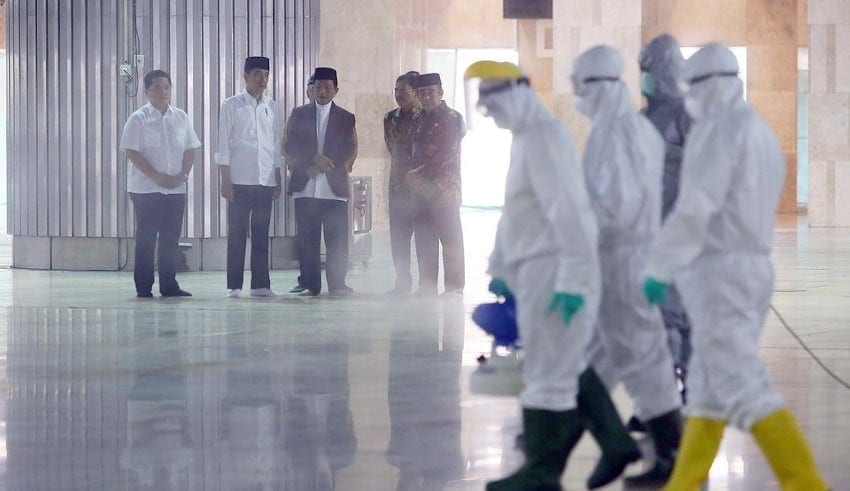 Coronavirus or COvid-19 has become frightening outbreak to the countries in the world, including Indonesia. The Indonesian government announced on Friday, March 13, that four Covid-19 patients have died. Currently the number of confirmed cases in the country jumped to 69, an increase of 35 cases over the last two days.

The fatalities include three women and a man aged between 37 and 59 years old, as confirmed by Achmad Yurianto, the government’s spokesman on the coronavirus outbreak.

First Covid-19 casualty, identified as Patient 25 and is a foreign citizen, who died on Wednesday.

The second victim was a 57-year-old woman, known as Patient 35. She was treated with a ventilator when she was admitted to hospital.

“We did not test her for Covid-19 when she came in as her conditions deteriorated very rapidly. She died the day she was admitted [to the hospital],” Achmad said. However, Achmad declined to say which hospital the woman was taken to.

Same with the previous two casualty, the third was also a woman aged 37, known as Patient 36. Earlier, she was admitted to the Sulianti Saroso Hospital in Jakarta. Her condition was already in severe condition and needing ventilator support, Achmad said.

“Results from her specimen test came back positive [for Covid-19],” he noted.

As of Friday afternoon, Achmad added the number of confirmed cases had grown to 69. Whereas, at least five patients have recovered and been discharged from the hospital or quarantine facilities. They have been instructed by the government to self-isolate for another 14 days.