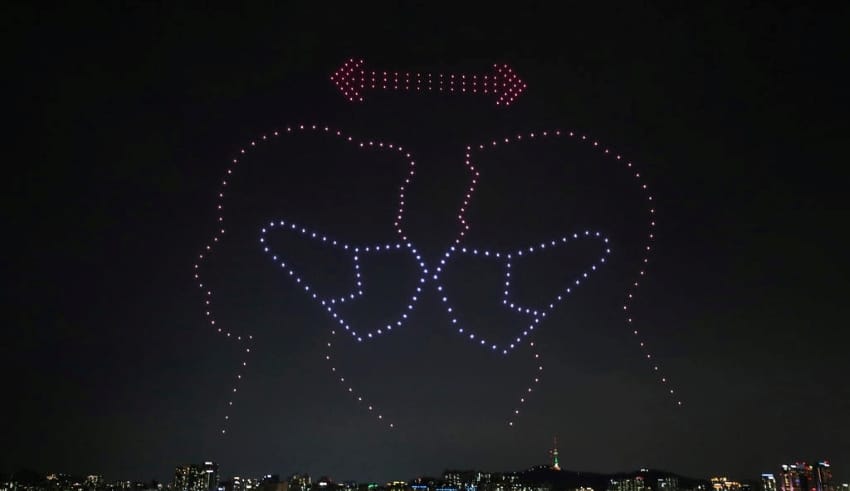 Three hundred drones took to South Korea’s evening sky over the Han River to provide advice on coronavirus prevention via a coordinated show of light featuring photos of hand-washing and social space.

Last Saturday (July 4) a swarm of pinpoint lights raised into the air in military-like formation before rearranging themselves to form the picture of a white face mask, with red circles symbolizing the latest virus that has caused nearly 300 deaths in the world.

The 10-minute demonstration, arranged by the Ministry of Land , Infrastructure and Transport, also displayed photographs of medical staff in safety suits and support messages like “# ThanksToChallenge” written over a hand cradling another blinking thumbs-up, referring to a social networking movement that invites citizens to communicate their appreciation to health workers.

South Korea has been lauded for rapidly suppressing the original coronavirus epidemic, but has increasingly encountered occasional cases such as minor groups outside Seoul at worship services and door-to – door selling activities.

Asia’s fourth-largest economy registered 63 new cases of coronavirus, 33 of which had been imported.