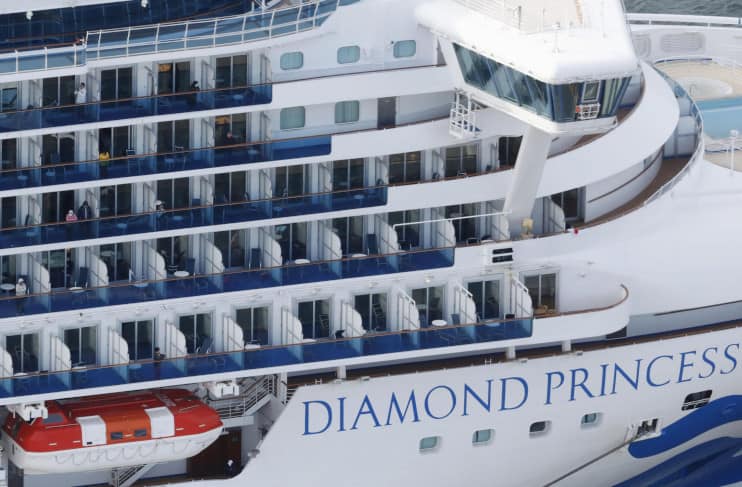 According to the Department of Foreign Affairs (DFA) on Monday, the number of Filipinos onboard a quarantined cruise ship in Japan that tested positive for coronavirus disease 2019 (COVID-19) has more than doubled to 27 over the weekend.

Through the Philippine Embassy in Tokyo, the Department of Foreign Affairs estimates that as of 16 February 2020, the number of Filipinos on board who checked COVID-19 positively was 27.

Sixteen new confirmed cases were added to the previous 11 last Saturday which have been registered, it said.

The DFA also said that among the 70 new confirmed cases revealed Sunday by the Japanese government, there were no Filipinos.

The Japanese Ministry of Health has announced that all crew and passengers on board will be checked starting today, 17 February, so that the results of the tests are visible.

Earlier this month the Yokohama-bound cruise ship Diamond Princess was subjected to quarantine following a positive test for COVID-19 by one of the guests who disembarked and joined a bus tour.

There were 538 Filipinos on board that ship-531 crew members and 7 guest passengers.

The DFA has confirmed that the Japanese Philippine Embassy is working with various stakeholders to ensure the well-being of the Filipino crew and passengers and facilitate their safe return to the Philippines.

Outside of the hardest-hit Hubei, the number of new cases has declined and a Chinese national health authority spokesperson said Sunday that the declining figures were an indication that the outbreak was being controlled.

Leader of the World Health Organization Tedros Adhanom Ghebreyesus, however, cautioned that it is “impossible to predict what path this epidemic will take.” International experts arrived in Beijing and started to discuss their Chinese counterparts on the epidemic.