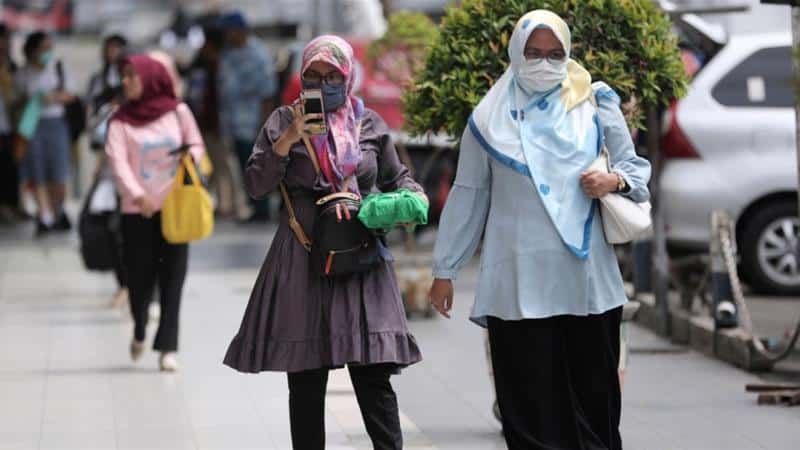 DKI Jakarta Governor Anies Baswedan decided to extend large-scale social restrictions (PSBB). Anies also set this June as a transition period, during which the phase one transition period will end in June 2020 and will be evaluated. Indicators that have been determined in phase one will be considered to determine the next step.

In this transition period, business and office activities can begin on Monday, June 8, 2020 with only half the capacity. Anies added restaurants can also open their business activities with half of their capacity. This note only applies to places to eat that stand alone.

“I agree with the strategy chosen by DKI. PSBB easing is done in stages by continuing to monitor the impact. Ideally easing is also carried out gradually,” Dicky was quoted

Meanwhile, shopping centers or malls and other non-food markets can only be opened on June 15.

In addition, Anies said the recreational park, both indoors and outdoors, could only operate on June 20 or 21.

Anies also reminded that the capacity of guests in places of public facilities must be reduced by half of their capacity while maintaining social distancing.

Meanwhile, for teaching and learning activities in schools, DKI Provincial Government does not want to take risks. Anies said that school will not be started until safe conditions.

Anies said the mobility of private vehicles can be used fully. But with a few conditions.

In the protocol, a private vehicle must be filled up to 50% of the maximum capacity of the vehicle. However, if filled with one family, a car or motorcycle can be used to transport passengers according to their capacity.

For public transport, operate with the COVID-19 protocol. Public vehicle capacity is still limited to a maximum of 50% of maximum capacity.

Responding to this, the Indonesian Consumers Foundation (YLKI) said that the transition was indeed needed to evaluate the PSBB that had been done before, considering that there were still 64 RWs that were still in the red zone.

So, she continued, the opening of the PSBB would be better in stages accompanied by an evaluation of the development of co-19, whether there was an increase or decrease.

Sularsi also added that economic activities must continue to run. However, once again, he stressed that the safety and health of the community also cannot be ignored.

An epidemiologist from Griffith University, Dicky Budiman, responded to Anies Baswedan’s decision to extend the implementation of the third phase of the PSBB which was supposed to end on June 4 and be a transition phase towards the end of the PSBB.

Dicky said that the transition period was indeed needed as a form of supervision of the application of health protocols.

“I agree with the strategy chosen by DKI. PSBB easing is done in stages by continuing to monitor the impact. Ideally easing is also carried out gradually,” Dicky was quoted as saying on CNNIndonesia.com, Thursday, June 4.

Dicky suggested that Anies continue to educate and socialize health protocols to the public. Education and outreach can involve all parties who can help.

In addition, he also mentioned that the government must also continue to tighten the scope of tests, tracing, and isolation as a strategic control of a pandemic.