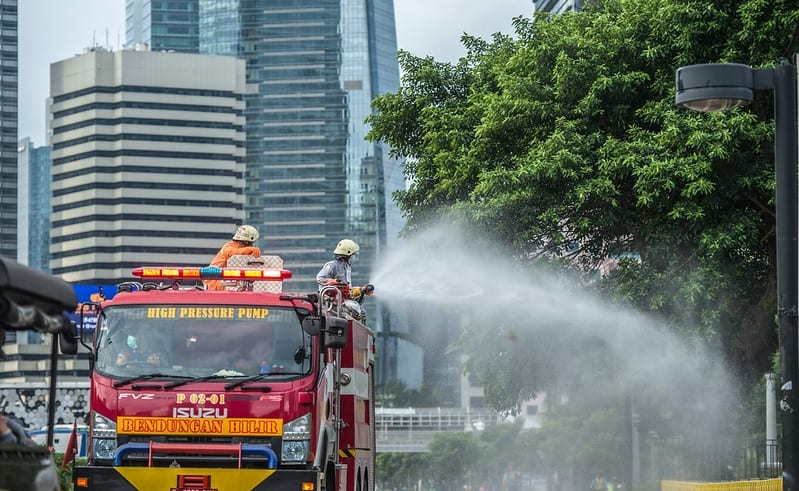 DKI Jakarta has doubled its positivity rate to 10.5%. Even the capital city has scored a record of adding three cases of daily Covid-19 in the past week.
(C) Flickr,Asian Development Bank

DKI Jakarta has doubled its positivity rate to 10.5%. Even the capital city has scored a record of adding three cases of daily Covid-19 in the past week.

“Jakarta experienced the highest spike, don’t let this situation continue so that we have to pull the emergency brake. If that happens then we all have to go back into the house, the economic, diversity, and social activities will cease. Later we will feel the hassles if this continues, “said Jakarta Governor Anies Baswedan, Sunday, July 12.

He stressed that every policy taken must prioritize safety and not underestimate this pandemic. For this reason, if this high increase continues, according to Anies it is likely that Jakarta will return to the situation of the Large-Scale Social Restrictions (PSBB) before the transition.

Anies said that since the transitional PSBB from 4 June to 12 July, the number of new cases was 6,748. The Jakarta Provincial Government, according to him, always pays attention to the percentage figures that emerge, as an effort to anticipate and control the development of Covid-19.

Since June, he explained, to date the largest clusters recorded were 45.26% Hospitals, 38% community patients, 6.8% traditional markets, 5.8% migrant workers, and the rest in the office area. However, according to Anies, which needs to be considered, as many as 66% of positive cases found are people without symptoms (OTG) who are unconsciously exposed to Covid-19.

Responding to the discourse of reapplying PSBB, the Chairperson of the Jakarta Chamber of Commerce and Industry (Kadin), Diana Dewi, supported the government’s move. “If we see conditions that curve is not downward sloping like now, we will just follow the government’s policy,” Diana said, Tuesday, July 14.

Diana saw that the transmission of the coronavirus in the Capital City, which continues to skyrocket, will not end anytime soon. Business circles are also worried about this situation. Diana hopes that the government will aggressively track residents who are potentially infected with Covid-19 with a swab test or PCR test.

On the other hand, DKI Jakarta Regional People’s Representative Assembly (DPRD) Member from the PDIP Faction Gilbert Simanjuntak was pessimistic about the ability of the DKI Provincial Government to re-implement the PSBB. The budget owned by DKI is considered unable to support its citizens.

“How do you want to pull the brakes, do you have money? Now ask for money from the central government,” Gilbert said, Monday, July 13.

Gilbert assessed that the DKI Jakarta Provincial Government was actually able to support Jakarta residents affected by the Covid-19 pandemic if the budget for Formula E was withdrawn.

Different opinions were conveyed by DKI Jakarta DPRD member from the PAN faction, Zita Anjani, who asked the DKI Provincial Government to dare to re-implement the PSBB if the Covid-19 case in the capital city continued to surge. According to him, it is natural that the Provincial Government loosen and limit the activities of its citizens during the pandemic that has not been controlled.

“If the number of spreads goes up, we must dare to close again, it is named as a transition,” said Zita.

He reminded the DKI Jakarta Provincial Government to prioritize the safety of its citizens, and not to sacrifice a deeper economy.

Arifin said that the tightening of supervision will be carried out in public places such as markets, parks, and busy streets in the capital.

During this new normal transition period even more and more business operators, especially restaurants, violate the policy of transitional PSBB.

“Especially they are not compliant with the protocol 50 percent capacity,” he said.

Arifin requested that restaurants and tourism sites managed by the private sector comply with the rules applied by the government. Do not let businesses push their businesses to over 50 percent of capacity.

Satpol PP has imposed sanctions on 169 businesses that violated the new PSBB normal transition policy from June 5 to July 12, 2020. Of the hundreds convicted, 23 of them were tourism sector businesses such as massage parlors and karaoke discotheques that had not been allowed to open.