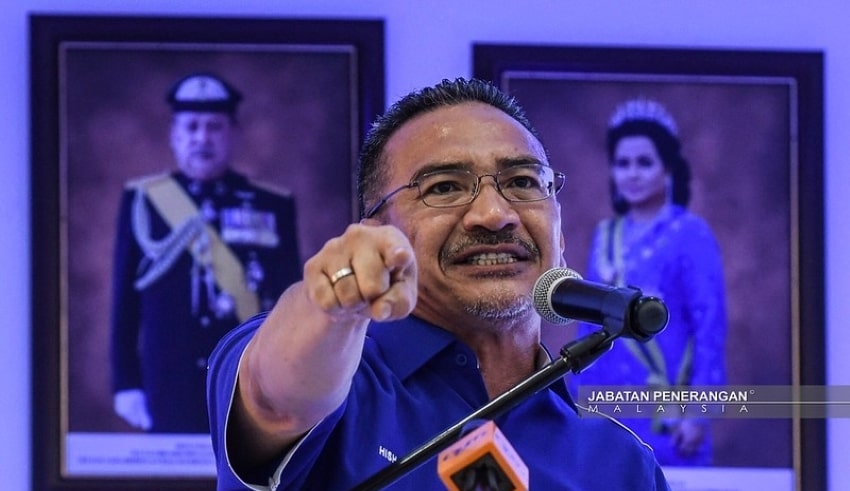 Hishammuddin said that Anwar's announcement was just a tactic to confuse the people and stir up the country's stability as the Sabah elections is just around the corner.
(C) Flickr, Foto Penerangan

KUALA LUMPUR – Datuk Seri Hishammuddin Hussein warned UMNO members who are planning to support Datuk Seri Anwar Ibrahim’s claims that he has the majority support to form a new government.

Hishammuddin said that Anwar’s announcement was just a tactic to confuse the people and stir up the country’s stability as the Sabah elections is just around the corner.

He said that in his personal opinion, UMNO members should not entertain Anwar’s tactics and that they should realised that supporting him is dangerous as it opens up opportunity for DAP to have more influence in the country

He further added that DAP’s influence endangers race and religion that the party have long been fighting for.

The former Umno vice-president said that the party should ignore Anwar and just focus on winning the upcoming Sabah elections.

The PKR president said yesterday that majority of those supporting him are “Malay-Muslim MPs” and that Perikatan Nasional government “had fallen”.

Hishammuddin also challenged Anwar to show proof and reveal those who has supposedly betrayed Umno. He also criticized the time of opposition leader’s announcement given that the Covid-19 pandemic still a threat.

The Minister of Foreign Affairs told Anwar that he should be ashamed of himself for changing the government in the middle of the pandemic and for only thinking about himself and not the welfare of the people.