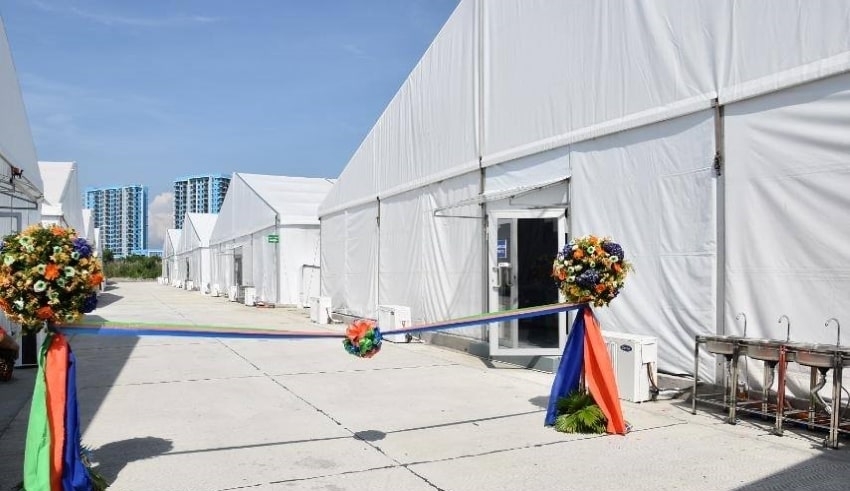 The mega quarantine center is in partnership with Solaire and Pagcor funded by the Razon Group of Companies.
(C) PWHph / Twitter

The mega quarantine center is in partnership with Solaire and Pagcor funded by the Razon Group of Companies. The facility will be located at the Bagong Nayong Pilipino in Parañaque.

The newly-opened facility will encourage assymptomatic and mild patients from Metro Manila and nearby provinces to isolate away from their home.

With Metro Manila recording the highest cases of Covid-19 patient, Villar said that the agency seek to further expand the isolation facilities to address the lack of quarantine center in the past few months.

According to Undersecretary Emil Sadain, the DPWH is currently working to implement additional 603 isolation/quarantine facilities for COVID-19 patients/suspects nationwide with around 22,000 bed capacity as well as 75 dormitories for the frontliners.