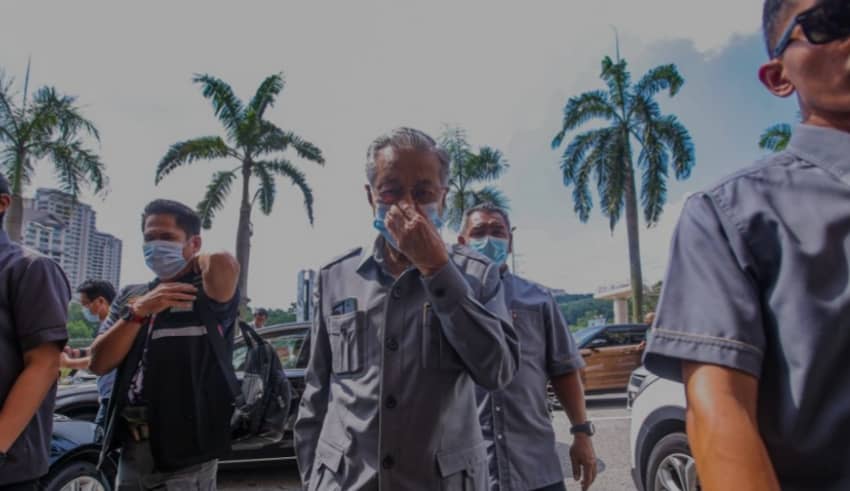 Tun Dr Mahathir Mohamad made an unusual appearance at today’s PKR headquarters to meet with Datuk Seri Anwar Ibrahim and other Pakatan Harapan leaders in the midst of continuing rumors of a possible governmental change.

A PKR source verified the photographs and believed the meeting would bring positive news to the Malaysians, particularly those who backed PH.

Several party insiders had pointed out before today’s meeting that opposition leader Anwar was not attending meetings involving leaders of PH parties and allies dubbed Pakatan Plus.

Anwar and the leadership of the PKR had been missing from a conference at Yayasan Albukhary Kuala Lumpur on June 4.

This prompted the press to ask Dr Mahathir about his relationship with Anwar, with the former answering that if he has “an issue” with him, the question should be put to the latter.

After the one-day parliamentary meeting, which PKR later claimed is regarding Bersatu internal politics, Anwar and PKR were both absent at the May 18 press conference at the Perdana Leadership Foundation